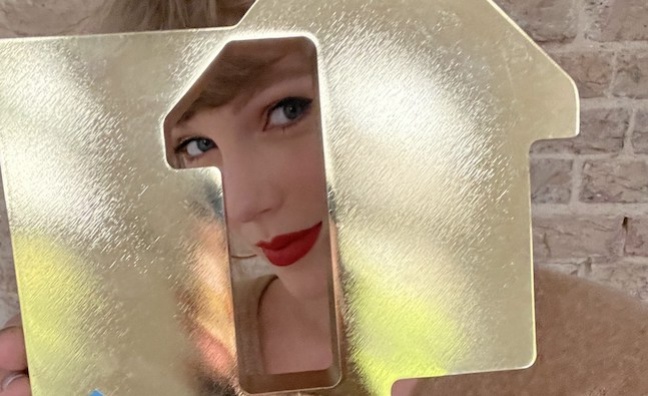 Taylor Swift has broken a chart record set by The Beatles.

Her re-recorded album Fearless (Taylor’s Version) debuted No.1 with sales of 21,145.

The Official Charts Company confirmed that by scoring her third chart-topping album in the space of just 259 days (following Folkore on July 31 and Evermore on December 18), Taylor Swift sets a new all-time record for the fastest accumulation of three No.1 albums ever. She is also the first solo artist to do so in under 12 months.

The record was previously held by The Beatles for 54 years. The band notched up a trio of chart-toppers in 364 days between 1965 and 1966, with Help!, Rubber Soul and Revolver.

Fearless (Taylor’s Version) outperformed the No.5 peak of the original, released in 2008. The entry now places Swift third among female artists with the most chart-topping albums, behind Madonna (12) and Kylie Minogue (eight).

Taylor Swift also made an impact in the singles chart with tracks from Fearless (Taylor’s Version). The previously unheard track Mr Perfectly Fine charted at No.30 (15,659 sales). It was joined by Love Story (Taylor’s Version) which rebounds to No.45 (10,984 sales) and You Belong With Me (Taylor’s Version), the reworking of the track which was originally her second Top 40 hit when it peaked at No.30 in October 2009 (No.52, 9,650 sales).

According to Music Week’s charts analysis, the original version of Fearless still racked up 595 chart sales of its own last week, taking its lifetime tally to 647,759