The Killers break chart record with No.1 album Pressure Machine 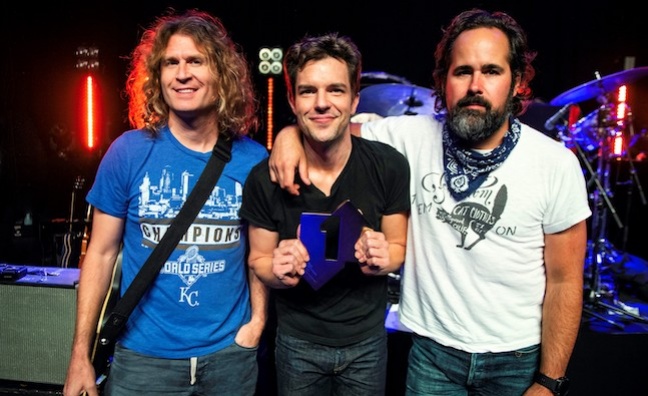 Pressure Machine debuted at the summit with sales of 25,110 (including 21,037 physical copies), according to the Official Charts Company. With 5,400 LP sales, it was also No.1 on the vinyl albums chart.

Other acts who have reached No.1 with all of their studio albums include Coldplay (8), Oasis (7), and Arctic Monkeys (6).

Including his solo work, The Killers' frontman Brandon Flowers now has an unbroken run of nine chart-topping albums.

The 25,110 first week sales of Pressure Machine were down on the 50,391 for last year’s Imploding The Mirage, although the new lockdown record is noticeably more low-key in style for The Killers.

Jungle debuted at No.3 with their third album (9,356 sales). The third Top 10 entry for the band is their highest position so far.