Twinnie's here to usher in a new era for UK country 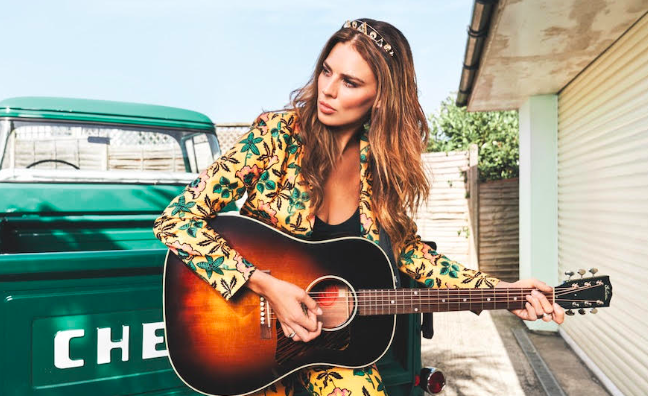 Having left acting behind to focus on the music career she always dreamed of, Twinnie-Lee Moore is about to release her debut album via BMG, and plans to bring country music into a new era in the process.

The singer stars in On The Radar in this week’s country special edition of Music Week, and was due to play Country 2 Country Festival in London this weekend, prior to the event's postponement.

“I want to move the genre forward,” said Moore. “There’s a perception that it’s all cowboys and beers, but it’s not.”

Signed to BMG for records and publishing Moore is managed by Craig Logan, Vikki Josephs and Stephanie Mudgett. She releases her debut album, Hollywood Gypsy, next month. The singer said the record is “the first chapter of letting the world know my story, where I’ve come from and what I’m about.”

Moore has spent time writing in Nashville and says her work in the city has been vitally important. “People really give you a shot out there and it gave me the grace to be who I am. It moulded me, made me a better writer and made me think about things differently. It’s a writer’s town, so it encouraged me to be more honest.”

In the interview, Moore also opened up about gender representation in country.

“It’s hard being a woman in the music industry,” Moore said. “It annoys me because we’re amazing and we’ve got so much to say. Kacey Musgraves is amazing because country radio doesn’t play women half the time, and she just put a middle finger up to them and now look what she’s achieved.”

Moore added: “More women need to break the rules, that’s how we move forward. We’re examples for the next generation, I don’t want any girl to have to fight half as hard as me.”

Read the full interview online here and check out features with Ashley McBryde and Luke Combs. Our country streaming report is here.