On The Radar: Twinnie 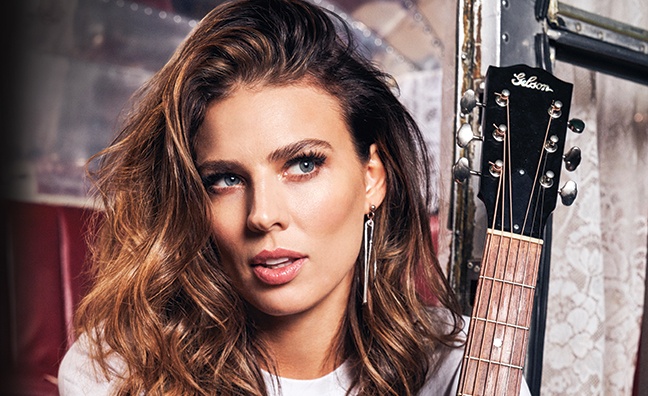 Ready to shake off her soap screen persona and revitalize UK country music, Twinnie-Lee Moore is on a mission. “A certain demographic knows me for being on Hollyoaks, but I’m trying to get away from that,” begins the singer, who played Porsche McQueen from 2014-15. But that’s all in the past. After last year’s debut single Hollywood Gyspy, the Yorkshire singer is winning people over with honest lyricism and glittering pop production, with tracks such as Type Of Girl and Social Babies dealing with misogyny and social media addiction. “I want to move country forward. There’s a perception that it’s all cowboys and beers, but it’s not,” she says.

Moore’s career has also seen her star alongside Glenn Close in The Wife and perform in We Will Rock You in the West End – but acting was never a part of the plan. “Music was always my first passion, I was playing pubs from the age of 16,” she says. Though she always dreamed of making music a full-time gig, it took a motorbike accident and a broken leg to make it a reality. “I couldn’t do anything but write music,” Moore explains. “Songwriting is like therapy, any time I go into a [writing] room it’s like a snapshot of where I am and what I’m feeling.”

Starting young, Moore’s parents fed her music taste with a love of the greats, and she names Ella Fitzgerald, Dolly Parton, and Shania Twain among her influences. Such candid storytelling fired her love of country and, eventually, took her to Nashville. “People really give you a shot out there and it gave me the grace to be who I am. It moulded me, made me a better writer and made me think about things differently. It’s a writer’s town, so it encouraged me to be more honest,” she says.

Clearly, Moore is embracing that fresh perspective: “We’re in a world where we’re not allowed to say this or can’t talk about that, but it set me free.” She dreams of one day crossing over to pop radio, but when the success of stars such as Kelsea Ballerini and even Taylor Swift comes up, it sparks frustration. “It’s hard being a woman in the music industry,” Moore sighs. “It annoys me because we’re amazing and we’ve got so much to say. Kacey Musgraves is amazing because country radio doesn’t play women half the time, and she just put a middle finger up to them and now look what she’s achieved.”

With her eye on similar success, and the full weight of BMG behind her, Moore wants to force change in the country industry. “It is still a man’s world, and I find it difficult being an alpha female because I can’t keep my mouth shut. I’ve slogged for so long, this is what I want,” she insists. “More women need to break the rules, that’s how we move forward. We’re examples for the next generation, I don’t want any girl to have to fight half as hard as me.”

Now, her sights are set on launching debut album Hollywood Gypsy next month. Recording it was a labour of love, as songs written as long as seven years ago will finally be released. “It’s the first chapter of letting the world know my story, where I’ve come from and what I’m about,” she explains. “There are some things I’m quite nervous about people hearing. But there’s strength in vulnerability, so if it helps one person, then I’ve done my job.” It’s a positive note to end on. “Hopefully 2020 will be my year,” she says, eyes gleaming. “My mum says that every year, so I’m thinking, ‘Please can she just be right about this one!’”