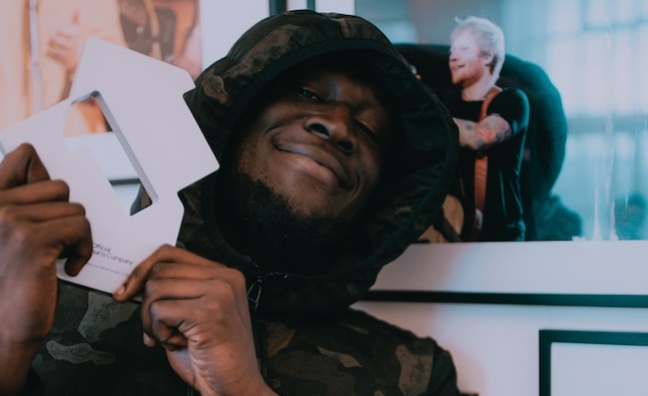 UK rap has reached a new commercial peak in the British music market, according to the BPI’s annual All About The Music yearbook.

The 41st edition of the book reveals record shares for rap and hip-hop in 2019, with UK artists driving the surge. Rap and hip-hop achieved record numbers in both singles and albums consumption, according to Official Charts Company.

Geoff Taylor, chief executive BPI & BRIT Awards, said: “Through Stormzy, Dave, AJ Tracey and others, UK rap is at a new critical and commercial peak and even though global competition for attention in the streaming age is fierce, artists such as Ed Sheeran, Dua Lipa, Mabel, Rex Orange County and Lewis Capaldi have kept the profile of UK music high with their international chart success. This, in turn, builds on the platform for exciting new talent such as BRITs Rising Star Celeste and BRIT Awards nominees Freya Ridings and Aitch to join them.”

Taylor added: “Music has a unique power to connect us all, even at a distance, to reduce feelings of isolation, and to cheer our hearts and to soothe our minds. This will be even more valuable in these troubled times.”

James Walsh, general manager Neighbourhood Recordings said: "It's great to see rap at the heart of popular culture and to see how big its footprint has evolved and grown over the last few years. There's so many talented British artists within the genre that are connecting with people of all backgrounds on their own terms, and that's really powerful. Audiences today are very tuned in – artists who are the most authentic to themselves have shown time and time again that integrity in their message and music wins out."

Early BPI indications for 2020 were described as encouraging, with UK acts landing two of the Top 10 albums of the first quarter – Stormzy’s Heavy Is The Head and J Hus’ Big Conspiracy. Eminem’s Music To Be Murdered By is also in the Top 10.