Various Artists Management on the second coming of Tom Grennan 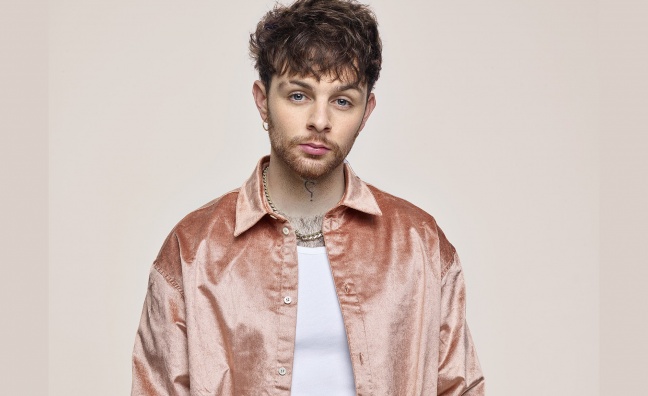 Insanity-signed Grennan's sophomore release, the follow-up to 2018's Lighting Matches (89,855 sales – OCC), is due out later this year.

Dawkins, who has managed the singer for more than four years, told Music Week: “With Grennan, we believe we have something really special,” said Dawkins. “On the first record, we knew we’d get the UK fully onside, but I would bet every penny I have that his second record will wipe the floor with the first on every level.

His ambition is to be No.1 and when you've got that ambition, you've got a real chance

While the 24-year-old's debut LP cracked the Top 5, he is yet to have a Top 40 hit single as a solo artist, but Dawkins believes it is only a matter of time before that changes.

"We’ll have a hit on this record, at which point the floodgates will open because his ticket sales have been so impressive," said Dawkins. "Tom knows what kind of artist he wants to be. His ambition is to be No.1 and when you’ve got that ambition, you’ve got a real chance.”

“I remember having conversations with various different people at the top from various different streaming companies, saying, ‘You're in grave danger of this guy being in arenas before he's had a Top 200 single, which is pretty much your fault’,” he said. “There are a few acts that could sell out Brixton Academy on their first or second run around, but he was selling out equivalent venues all over the country and in Europe. People were flooding to it."

Grennan has dropped two tracks in 2020 so far: This Is The Place and Oh Please.

"At the end of the last campaign, we found what we'd be looking for and we'd had really, really good support from Spotify, Apple and Radio 1, so we thought, 'We'll stop this now. Let's go on to the next one'," said Bianchi. "The gap was nine months and the new single was A-list on Radio 2, B-list on Radio 1, daytime on Radio X, Absolute, Virgin, etc, and the fanbase has grown and grown and grown."

Grennan stars on the cover of the latest issue of Music Week as part of our Various Artists Management feature.

On Dawkins, he added: “We don’t do bullshit, there’s no cutting corners, it’s just pure faith in each other. He’s one of my best mates and we both want the same thing – to be fucking humongous.”