'We're back to being a cult': Stevie Van Zandt on the state of rock'n'roll 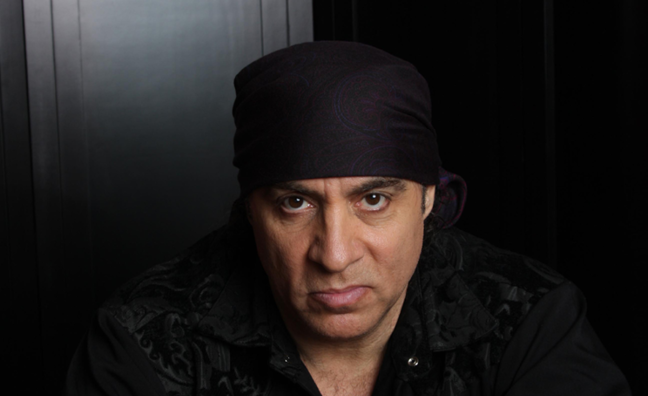 Legendary E Street Band guitarist Stevie Van Zandt has declared "the rock era is over" in response to pop and hip-hop's increasing domination of the mainstream.

Van Zandt, whose production credits include the classic Bruce Springsteen albums The River and Born In The USA, was inducted into the Rock And Roll Hall Of Fame in 2014, but believes the genre's time at the forefront of contemporary music may be up.

“The rock era is over,” he told Music Week. “Rock was about bands and pop was about individuals and the rock era ended – I clock it from The Rolling Stones to Kurt Cobain’s death, almost exactly 30 years from ’65 to ’94 – and we’ve returned to a pop era now, probably permanently.

“You have pop and hip-hop dominating and then you’re always going to have hard rock/heavy metal somehow surviving without the industry’s help. After the next nuclear war there’ll be nothing but cockroaches and heavy metal, they’ll survive anything. But in the mainstream it’s all hip-hop and pop now.

"It’s back to the ’50s really when we were a cult – and maybe that’s where we belong. I think that 30 years when we were the mainstream was actually a blip, an odd temporary anomaly, compared to what is normal, which is pop ruling.”

Van Zandt, aka Little Steven, is currently touring the UK with the Disciples Of Soul in support of his new solo album Summer Of Sorcery, which was released on May 3 via UME and his own Wicked Cool label.

“I’ve managed to keep this band together now for two years, which is a miracle because everybody wants them – they’re the most popular session guys in New York," he said. "They blow people’s minds to be honest, because they’re so damn good.”

Beginning last week in Liverpool, the tour continues tonight (May 20) at Glasgow's O2 Academy, moving on to Bristol's O2 Academy (May 22) and London's O2 Forum Kentish Town (May 24). The 14-piece ensemble will also headline Derbyshire's Bearded Theory Festival on May 26.

"I’ve just made a major artistic breakthrough," added Van Zandt. "We were able to turn the last two years into a new album, which was quite liberating for me and we’ll continue to do it every other year or whatever. Bruce [Springsteen] gets first priority, I’ll go out with him if he wants to go out next year. But I’ll always return to the Disciples Of Soul.”