'We see this as a seminal moment': Music Walk Of Fame to launch in Camden 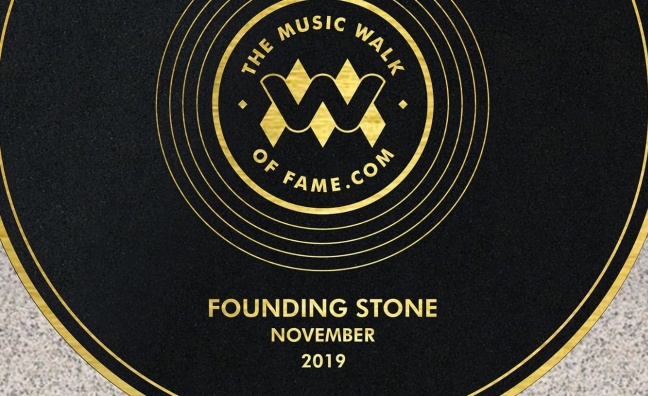 A new cultural attraction for London, The Music Walk Of Fame, is launching in Camden Town next month.

The augmented reality embedded founding stone and the first artist stone will be unveiled with a special ceremony attended by music legends, including the recipient of the first artist stone, on November 19. The two stones at Britannia Junction will create the first location for the planned series of stones.

We see this as a seminal moment for the music industry, a celebration of musicians and performers

Lee Bennett, founder of Music Walk Of Fame, said: "I’m overjoyed to see what was originally an ambitious idea many years ago come to fruition. We see this as a seminal moment for the music industry, a celebration of musicians and performers that creates a new outlet for the fan to engage in. I am also thrilled that this will be set in the UK, and more so Camden Town, as it is rightly the global home of music. An honour greatly deserved. All genres, eras, icons and ideas will be represented in one place which is very exciting.”

The Music Walk Of Fame will also include an AR experience supported by an official event app, available from launch. App users will be able to scan each stone to activate exclusive content and animations brought to life by state-of-the-art technology. Visitors can expect unseen, rare and exclusive footage, information and anecdotes. The Music Walk of Fame app will be available on iOS from launch, with Android to follow.

Deputy mayor for culture and the creative industries, Justine Simons said: “London is renowned around the world for its thriving music scene and Camden’s legendary venues have been a driving force behind our city’s success. So where better to celebrate the musicians who have such an impact on all our lives? The Music Walk Of Fame is a great way to celebrate these artists and inspire even more people to visit Camden.”

Chris McCormack, Camden Rocks/Three Colours Red said: “Music is such an important part of my life, and billions of people’s lives across the world, which is why I’m really happy to have been invited onto the selection panel for the Music Walk of Fame and helping to choose who and what is celebrated and immortalised on the streets of Camden Town.”

Andy Ross of Food Records said: “I’m very pleased to have been invited into the fold of Camden and the global music industry’s luminaries. As a vet of 30 years or so patrolling the precinct and inflicting Britpop on a generation, I look forward to contributing to the recognition of people and venues who brought Camden to the attention of the world.”