Who are Vaults, the band behind John Lewis' new Christmas ad? 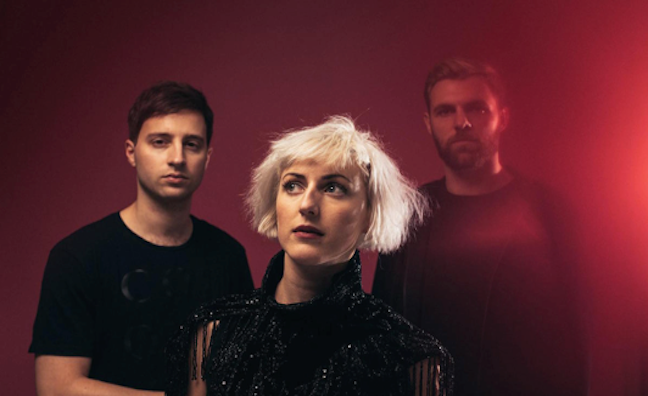 This morning, Vaults were revealed as the band providing the track – a cover of Randy Crawford’s ‘One Day I’ll Fly Away - for the annual John Lewis Christmas ad. But who exactly are Vaults?

Well, we know they are a London-based electro three-piece comprised of vocalist Blythe Pepino and instrumentalists Barney Freeman and Ben Vella, and that they are signed to Republic, Virgin EMI.

Founded in 2013, the band have yet to release an album, although their debut, Caught In Still Life, is scheduled for release on December 2. They have, however, released to EPs to date: 2014’s Vultures and 2015’s Cry No More. And they’ve also picked up some high-profile fans during that time, among them previous John Lewis Christmas ad star Ellie Goulding, Bastille and Alt-J.

Though the ad has still yet to premier, Vaults will no doubt be hoping for some suitably festive cheer, given the huge success the John Lewis Christmas campaign has bestowed upon previous artists.

In 2010 it provided a breakthrough moment for Ellie Goulding, with her cover of Elton John’s Your Song achieving Platinum status and racking up sales of 919,084.

The following year didn’t prove quite as successful but still Slow Moving Millie’s cover of The Smiths’ Please, Please, Please, Le Me Get What I Want hit sales of 101,693.

The following Christmas saw Tom Odell take on The Beatles’ Real Love, hitting sales of 229,800, while last year’s campaign featured Aurora’s cover of Oasis’ Half The World Away, which reached sales of 175,973.

Time will tell whether or not Vaults can achieve the same kind of sales figures listed above, but what is clear is that the annual campaign poses a real breakthrough opportunity, especially at a time when brand partnerships are proving more crucial than ever in establishing new acts.

This year’s promo marks a change of pace for John Lewis, moving away from the traditionally tear-jerking nature of previous years for a lighter approach, with the clip centred around Buster, descried as a ‘comedy bouncing dog’.