YouTube Music names Knucks as the latest Artist On The Rise 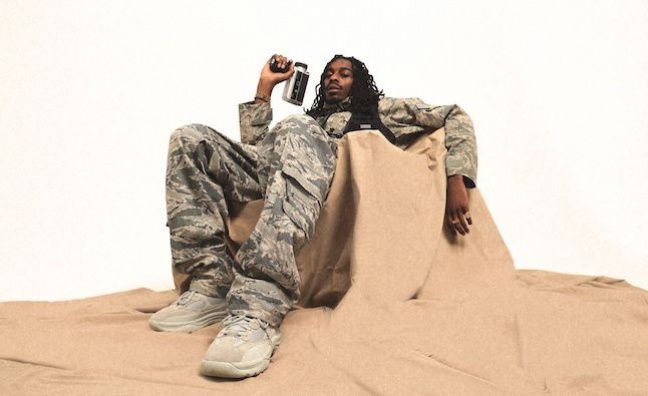 YouTube Music has named London rapper Knucks as its next Artist On The Rise, a series that celebrates and supports new artists in the UK.

The accolade coincides with the release of Knucks' new single Die Hard, a collaboration with Stormzy, as well as his new project Alpha Place.

Hailing from Kilburn in London, Knucks has so far garnered praise from the likes of Wretch 32, Stormzy and Kenny Beats.

With over 24 million views and 108,000 subscribers on YouTube, Knucks is a fast rising star on the platform in the UK. His biggest video to date is Home, with over 11 million views.

He said of the news: "It's fulfilling because the type of music I'm making is finally being acknowledged. And I appreciate YouTube for being part of making said music popular."

Malena Wolfer, head of artist services at Believe, said: "We're super excited that Knucks has been included in YouTube's Artist On The Rise programme. He's been going from strength to strength and is definitely one of the most exciting artists in the UK at the moment. The new project is just incredible, and the videos all tie in with the themes of the record, so we're happy that YouTube are giving Knucks this platform and allowing him to tell his story to a wider audience."

Sheniece Charway, artist relations manager at YouTube Music, said: “Every once in a while an artist like Knucks comes along and rips up the rulebook. From fusing old school samples with trap and jazz and everything between, he's joining up eras and genres like nobody else to create something totally unique. Knucks is someone we’ve been super excited about at YouTube Music so we’re glad to support him as he releases Die Hard with Stormzy and continues his ascent into UK rap's elite. We can't wait to see what he has in store for us next!”

Knucks joins the ranks of previous recipients of YouTube's Artist On The Rise accolade, including Holly Humberstone, ArrDee and Central Cee.