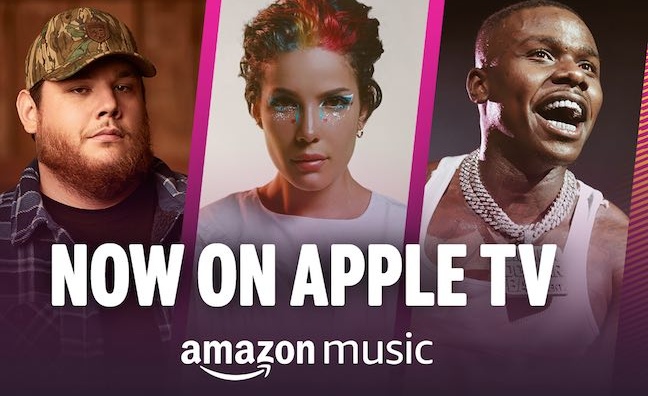 Customers can now download the Amazon Music app from the App Store for Apple TV and access the entire catalogue and range of playlists.

The latest move follows recent signs of cooperation between the corporate giants, in contrast to Apple’s relationship with Spotify. Apple Music launched on Alexa and Echo devices in the UK earlier this year, as well as on Fire TV.

Amazon Music listeners using Apple TV will be able to access all purchased and imported music available in their library, and follow along with scrolling lyrics within the app.

“We believe that listeners should be able to stream music simply and easily on any device they choose,” said Karolina Joynathsing, director of business development for Amazon Music. “With that in mind, our aim has been to bring listeners more ways to enjoy their favourite music. We’re thrilled to bring the Amazon Music app to Apple TV customers across the globe.”