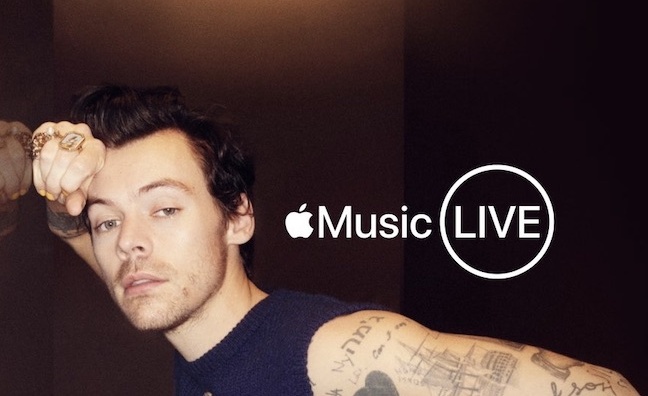 Harry Styles is launching Apple Music Live on the streaming platform on Friday (May 20).

Apple described it as a “massive new event series, featuring performances from the world’s biggest stars, only on Apple Music”.

Harry Styles has been chosen as the launch artist to mark his third album Harry’s House (Columbia), released on May 20. Harry Styles: One Night Only In New York will be streamed on Apple Music on release day.

“No matter how much time and effort an artist may spend crafting music in the studio, it’s on the stage where they really get to show their work,” stated the tech giant. “Apple Music Live is a new recurring series designed to do just that: give the biggest stars in music the biggest possible platform to flaunt how they connect with audiences and how their songs translate to live performance.”

The Harry Styles performance of his new album will take place at UBS Arena in Long Island, New York. UK fans will have to watch live at 2am BST in the early hours of May 21 as the premiere is timed for the US market.

There will be encores on May 22 at 5pm BST and May 26 at 4pm BST. It is not yet clear if the performances will be available on-demand at a later date.

The self-titled debut is now on 411,738 sales since its release in 2017. It means that Harry Styles has passed a million UK sales across his first two albums.

Current No.1 single As It Was is certified gold after passing 400,000 sales last week.

Our 2019 interview with cover star Harry Styles is here.