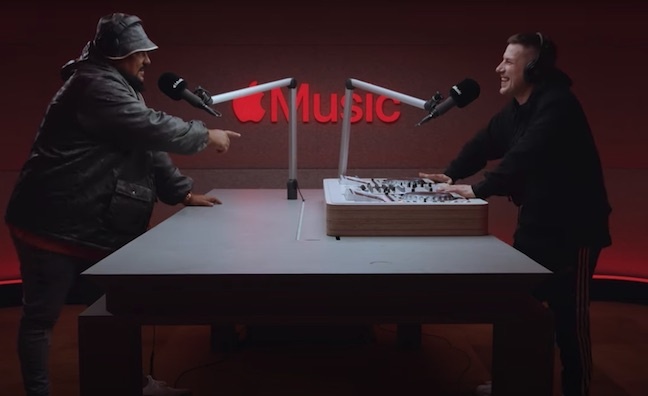 Apple Music is taking Charlie Sloth’s Fire In The Booth to Germany.

The freestyle platform has already racked up more than 1.4 billion views online.

From May 16, the rap show will launch on Apple Music in Germany presented by DJ Maxxx as part of Apple Music’s Hyped playlist and hip-hop brand. The German freestyles will drop fortnightly.

The expansion of the series will provide a platform for German rap talent, with household names and future stars recording exclusive freestyles inside Apple Music’s newly launched studio in Berlin. The German series continues Fire In The Booth’s recent global expansion which has seen Charlie Sloth record freestyles in Dubai, Jamaica and the USA.

The launch of Fire In The Booth on Apple Music in Germany comes at a time when German hip-hop has become a chart-dominating force in the country as well as reaching international audiences.

Charlie Sloth said: “I’m super excited that the Fire In The Booth brand is launching in Germany. There is so much talent in Germany right now and it will give the artist community a platform to showcase their skills to the world. I feel that DJ Maxxx is the right person to bring that authenticity as the host.”

DJ Maxxx said: "I’ve been following Fire In The Booth for years and have always been a big fan. Charlie is Charlie and that’s what’s special about him. He’s a true host and hype man.

“The German scene has blown up over the years, it’s known all over the world now and has become big business. That’s great but it often shifts the focus from music on to other things. Fire In The Booth is putting the focus back on something really important for the culture. Getting back to the essence of Rap. One Mic."