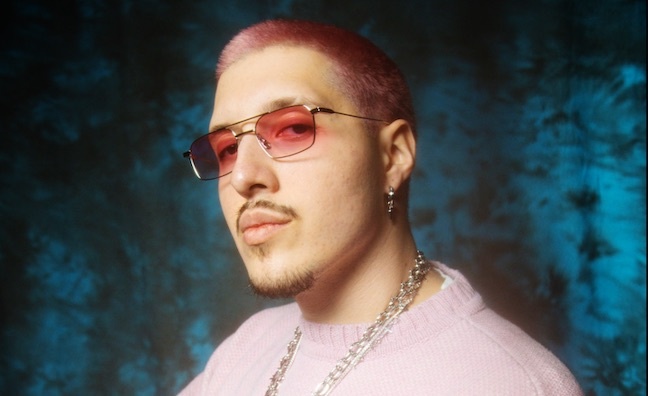 RIN’s two albums, Eros and Nimmerland (Neverland), have made him one of the most streamed artists in Germany.

RIN achieved chart success in 2017 with his debut Eros, which was released independently by Division Recordings. It stayed on the German Top 100 chart for 29 weeks and went on to win the 1Live Krone award for Best Album.

His second album, Nimmerland (Neverland) was released in 2019 and hit No.3 in Germany, Austria and Switzerland, in addition to staying in the Top 100 for 32 weeks. The album has gone on to achieve 15 gold awards and one Platinum award, with more than 500 million streams across all platforms.

RIN collaborates closely with Alexis Troy on his music, who is one of the most successful producers in Germany, in addition to Elvir Omerbegovic, owner and MD of Selfmade Records.

RIN said: “This feels like a great time to sign to Warner Chappell Music. I have a lot of respect for the rappers who are already with the publisher, and I know I’ll be in good company.  I have several projects in the pipeline right now, and I can’t wait to share more music with my fans and perform live again as soon as possible!”

Natascha Augustin, senior creative director, A&R, Warner Chappell Music Germany, added: “RIN has quickly become a top hitmaker in Germany’s rap scene. His pioneering music has helped redefine the genre and has given us some of the modern classics of German rap. With his distinctive style, he has all the prerequisites to shape the future of rap in Germany over the long term.”