DCMS inquiry: YouTube defends its record on royalties and says it can be No.1 for streaming revenue 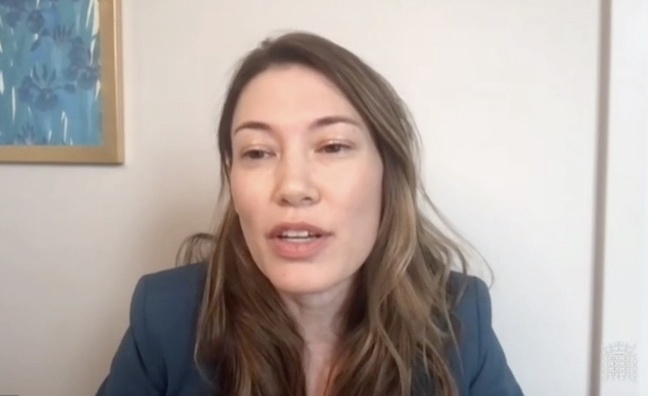 The DCMS Committee inquiry into the economics of streaming continued with a line-up that was as varied as a Spotify playlist, although without the option to skip.

As well as trade bodies across recorded music and publishing (BPI, Ivors Academy, MPA) and the Musicians’ Union, there were appearances by execs from SoundCloud and YouTube.

Inevitably, the focus was on YouTube, following years of complaints about the safe harbour laws that protect the online giant from claims of copyright infringement – a legal status that ultimately results in the so-called ‘value gap’, according to critics.

It was an issue brought up again during the virtual session, with BPI CEO Geoff Taylor suggesting that “market distortions” mean that the recorded music industry is losing out on £500 million in potential streaming revenue. To put that in context, ERA reported UK streaming revenues were worth £1.21 billion last year.

“The total amount coming into the industry should be substantially higher and that would benefit everybody in the chain,” Taylor told MPs.

Katie Oyama (pictured), director, government affairs & public policy at YouTube, faced some tough questions from MPs, though it was a fairly easy ride until the later stages of the session. At one point, she was even asked about the music taste of her former boss, Joe Biden, who she worked for during his time as Vice-President.

Oyama contradicted evidence from Geoff Taylor, who had cast doubt on YouTube’s claims that they are set to be the biggest streaming revenue source for the music industry.

For the record, YouTube’s written evidence stated: “We continue to fuel both business models [advertising and subscription] and record labels agree it is possible we will become the music industry’s number one source of revenue by 2025.”

Taylor was unimpressed when that forecast was presented to him during the session.

“I, honestly, was surprised and a bit disappointed by the testimony that I heard, and frankly it does not reflect at all the individual relationships that we have with the individual members of the BPI,” responded Oyama. “Lyor Cohen runs our global music business, Dan Chalmers is leading the UK. I think they would both say that the relationships they have with the UK music industry have never been better.”

Oyama added: “The numbers that I've seen, in 2019, we sent $3 billion to the music industry. We don't yet have our 2020 numbers done, but it's been growing every year. So we have no reason to think it has not grown quite significantly last year. Spotify, in the last press release I saw for them for Q4 of last year, 2020, is that they're sending $1 billion per quarter to all rights-holders – so music, I'm sure, is a significant portion but also podcasts and others.

“So if you just look at that data, we are close [to being the number one revenue source] and we absolutely want to get there. We want to be the best partner possible to the industry. If we make money, artists make money. I think our interests are very aligned and that's where we want to be – we want to grow the business.”

Quizzed by Kevin Brennan MP if safe harbour was a ‘get out of jail card’ for YouTube, Oyama replied with the claim that it was a “key foundation for the vibrant digital economy that the UK has” and that it enables the platform to invest in services.

Oyama pointed out that the company has paid $12 billion to music industry rights-holders (up to 2019). And she stressed the growing value from user-generated content, citing the example of Queen’s YouTube streams driven by fan content.

“There has been a big shift with this sector really driving real revenue, and powering this five- to six-year positive growth we're seeing now in the global recorded music industry,” said Oyama. “We’re happy to see streaming now be a majority [of revenue], and we’re happy to see UGC truly powering a lot of that growth in the music industry.”

Asked about the value gap, Oyama rejected the claims.

“We are seeing value, we’ve sent out over $12 billion to the music industry and we’re seeing artists being broken on the UGC side,” she said. “That is creating an entirely new revenue stream. So I don’t think for us there’s a gap, I think we’re seeing new forms of revenue to songwriters, traditional institutions and to new artists.”

We want to be the best partner possible to the industry

Committee chair Julian Knight did press her on the low royalty rates compared to audio streaming services such as Spotify. But Oyama used that as an opportunity to call for improved “transparency” in the music industry, while underling YouTube’s global audience. She also highlighted the subscription service, which has reported 30m subscribers and pays similar royalties to Spotify.

“You’re not being transparent with this committee,” said Knight, as he refused to let up on the issue of whether a YouTube stream is worth more or less than the 0.05p figure reported in evidence to the committee. He even suggested YouTube is “dampening down an entire industry”.

As she declined to offer a per-stream rate because YouTube is based on an advertising model, there was a tough barrage of questions that will have cheered labels and publishers who have criticised YouTube for many years.

Trubridge also had wider concerns about the streaming economy.

“You can’t really make a living out of recordings any more unless you work for a record label,” he said.

MPA chair Roberto Neri noted that fully licensed audio streaming services such as Spotify are reluctant to increase prices because they are “fighting with free”, including YouTube and illegal services accessed via Google.

Oyama had her alternative narrative, from the money YouTube delivers to rights-holders to the artists supported by the Foundry programme, including Dua Lipa and Dave.

But it was a session when the focus suddenly switched from the labels’ deals with artists, to the role of one digital giant and its influence on the streaming economy.