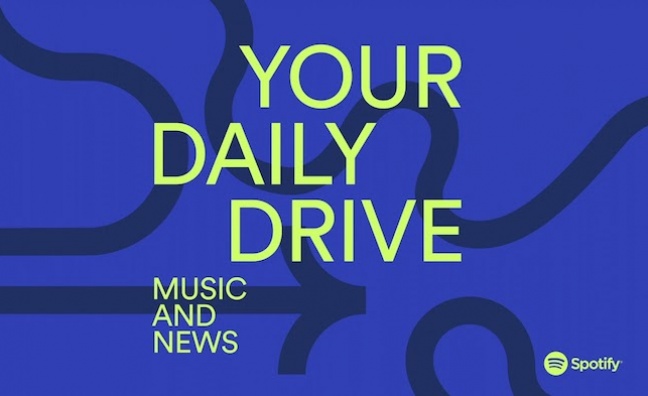 Following the appearance by the three CEOs from the majors at the virtual session of the DCMS streaming inquiry, now the rest of the music industry can have their say.

There have been 197 submissions from companies, artists and industry figures who have added their voice to the inquiry.

The submissions range from the likes of economist and streaming analyst Will Page and the #BrokenRecord campaign to artists including Madness and Matthew Herbert (“the system is badly broken”).

Here’s a round-up of some of the key arguments…

The BPI’s evidence is the possibly most comprehensive document supplied to the committee. Whether you agree with their arguments or not, it’s well worth reading here (downloads automatically) for a full overview of how we got to the current streaming-led recorded music market.

Inevitably, both the BPI and IFPI restate the menace of piracy and underline the role played by labels in innovation and growth.

“Policy intervention is only appropriate where there are failures in the market that need redress,” said the BPI in its evidence. “In the case of streaming, subject to the distortions of piracy and UUC [user-uploaded] content, the whole ecosystem is sharing in growth, benefiting consumers, artists and everyone in the value chain for recorded music. Any such intervention could imperil high levels of investment and risk-taking that record companies provide and undermine the UK recorded music industry’s global success.”

In its evidence, the IFPI warns: “The flip side of the music industry’s global digital operating environment is that talent and investment can move easily to countries with more supportive frameworks, those that provide incentives for growth, legal certainty, and a fair competitive digital marketplace. Creating artificial barriers or red tape that would make the UK music industry less competitive, would hurt the entire UK music sector.”

It’s a message that chimes with the CEOs’ evidence. But there are others offering an alternative…

It was a mystery why no independent labels or bodies were invited to speak directly to the committee (even the majors raved about the role of the indies in the streaming economy). Perhaps MPs will pay close attention to their evidence.

AIM has come out with a royalty payments solution. The indies body warns against the user-centric alternative, which could lead ultimately to “cultural homogenisation” as it rewards catalogue artists with older, less engaged listeners. The system would see royalties based on a user’s subscription shared just among the artists they play, rather than the current market share system that divides all the revenue based on the total streams.

Instead, AIM is proposing an ‘artist growth model’ with a degressive element that reduces the value of streams as they accumulate. The organisation compares the model to a fair, progressive income tax system and suggests that it chimes with Official Charts Company measures to create benchmarks through its rules on streams.

“Pro-rata and user-centric both singularly fail to solve the main problem with streaming – that new, emerging and niche artists find it increasingly difficult to get to scale on the platforms and that the digital market has become an increasingly ‘winner takes all’ proposition,” said AIM.

“It only shifts some of the income around to a fairly minor degree, it does not create more revenue with the same mouths to feed and it does not mean that the revenue is distributed more equitably,” stated Beggars. “But it may create more confidence in consumers that their money is going towards the artists they listen to, which would be positive.”

Too often the status quo gives the impression it was designed for the convenience of industry players, rather than with a view to the perceptions of artists and fans

But BMG came out in support of further investigation into user-centric payments.

“We are undoubtedly still in the early days of the streaming revolution,” said BMG. “Additive business models such as virtual gifting and artist-specific ‘tip jars’ will increasingly emerge. The most significant enhancement to the existing streaming model we believe should be investigated is so-called user-centric licensing…

“We acknowledge that the impact overall on artists’ incomes may not be significant, but we believe its greatest value would be in strengthening the bond between artist and fan, increasing the transparency of the streaming ecosystem and, above all, satisfying a desire among musicians for fairness. Too often, the status quo gives the impression it was designed for the convenience of industry players, rather than with a view to the perceptions of artists and fans.”

BMG said streaming was “overwhelmingly positive” but noted the need for contract reform, on which it’s been active already.

The BBC’s evidence is a fascinating, typically BBC document that takes the opportunity to make the case for the publicly-funded broadcaster. BBC Sounds is robustly defended as a “distinctive” service after suggestions the service was encroaching on commercial rivals.

Is the Beeb nervous of the streaming giants, which are poaching its talent? Radio executives always insist DSPs can’t compete with the human curation and personality of radio.

But in its evidence, the BBC cautions against the development of podcasts on Amazon Music and Spotify and ‘live-like’ features such as Spotify’s Your Daily Drive.

“This takes them beyond music streaming into areas traditionally occupied by broadcasters and other content providers,” said the BBC. “It’s important to ensure that the powerful position of music streamers – especially those with an established platform advantage – is not used to reduce access to other forms of audio such as live radio, radio on-demand and podcasts, all of which audiences expect to be able to access easily and for free.”

Despite the vast audiences for BBC music radio, the corporation underlined the threat to the music industry – and wider culture – if DSPs are allowed a free ride to steal the next generation of radio listeners.

“Limited routes to market will make it harder for audiences to discover a wide range of content, encounter new talent, and broaden their listening horizons,” said the BBC. “This will in turn make it more difficult for new and less mainstream artists to break through and find the audiences they need to fund their creativity. If new artists are unable to make a living, acts will exit or be discouraged from entering the industry.”

There is no evidence as yet from the audio streaming giants, who are awaiting their day in front of MPs.

YouTube apparently won’t be joining them as their evidence has been published. While execs in the previous session complained about the YouTube ‘value gap’, MPs are clearly focused on the big subscription services.

In its evidence, YouTube uses an elegant phrase to suggest that the safe harbour and hosting defence for unlicensed content is basically essential for the service’s continued support of the music business and artists.

“In the last several years, YouTube’s own business has grown from an advertising-based user-generated content platform to include a subscription service and numerous alternative monetisation features,” said its evidence. “The elasticity built into the current legal framework on which our platform rests is not only foundational to YouTube’s contributions to the music industry and society at large, but also allows new market entrants to build their businesses and innovate without fear of undue legal liability.”

The labels and trade bodies will probably be less than impressed with YouTube’s evidence, which does stir things up without acknowledging the complaints from rights-holders about its model.

“…We wholeheartedly endorse transparency principles as applied to artists, songwriters, and other royalty participants, who deserve to understand how their royalties are calculated and distributed throughout the entire ecosystem,” said the online giant.

The impact of streaming on the music industry has been overwhelmingly positive, returning a declining business to growth

Elsewhere, ERA does speak up for its DSP members. CEO Kim Bayley has previously defended the DSPs during the ongoing #FixStreaming debate.

ERA’s evidence is also well worth seeking out as a data-rich, useful guide to some of the issues and a reminder of key facts, such as the absence of a fixed streaming rate.

The trade body doesn’t come out for any alternative system and notes the “complexity” for DSPs of user-centric.

“ERA believes that the impact of streaming on the music industry has been overwhelmingly positive, returning a declining business to growth and creating an entirely new sustainable ecosystem at no cost to the creators,” said the evidence, which cites Dermot Kennedy as a streaming success.

ERA added that it “has some sympathy with those arguing that streaming is not working for them”.

That is, of course, why we’ve ended up with the inquiry and an intense debate about the future of the streaming economy.