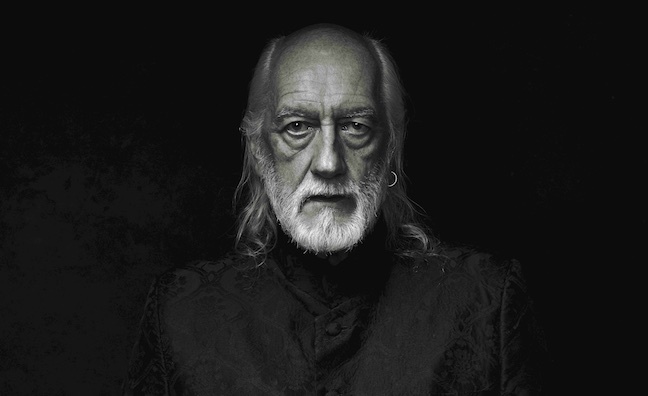 The deal gives BMG Mick Fleetwood’s outright royalty interest in over 300 recordings, including all of Fleetwood Mac’s biggest hits – Dreams, The Chain, Go Your Own Way and Landslide – from albums including Fleetwood Mac (1975), Rumours (1977) and Tango In The Night (1987). It includes Fleetwood’s interest in all of the band’s recorded work apart from their first two albums.

Fleetwood Mac have maintained their popularity with classic repertoire. Their Warner/Rhino hits collection 50 Years – Don’t Stop was the 10th biggest-selling artist album last year (186,067 sales in 2020 – Official Charts Company), while Rumours was the No.1 vinyl album of 2020.

The band’s songs are also cutting through thanks to user-generated content.

The latest deal means that BMG will participate in the proceeds of the global viral success of Dreams on TikTok, which generated over 3.2 billion streams globally (during an eight-week period October 24 to November 9, 2020). The song generated 182 million streams, 126,000 downloads and 2.8 billion TikTok views.

BMG’s deal comes amid a boom in songwriting acquisitions, including big deals for Bob Dylan, Fleetwood Mac’s Stevie Nicks and Neil Young – the latter was the latest big-money move by Hipgnosis (who also struck a deal with Fleetwood Mac’s Lindsey Buckingham). However, the Mick Fleetwood acquisition by BMG also underlines the enduring value in recorded music in the streaming era, alongside songwriting copyrights.

Justus Haerder, BMG EVP group strategy and M&A, said: “This acquisition highlights the value of timeless recordings in a streaming market which is increasingly benefiting established rather than newer artists. While recent acquisition activity in the music market has focused on music publishing, this is a pure recorded investment which will get the full benefit of streaming growth. Catalogues such as Fleetwood Mac’s which connect with every generation are benefiting disproportionately from that growth.”

The acquisition strengthens an ongoing relationship which includes the theatrical, record and mediabook release of Mick Fleetwood & Friends, 2020’s tribute event to Peter Green and the early years of Fleetwood Mac, including performances by stars such as Steven Tyler, Christine McVie, Neil Finn, Noel Gallagher and Pete Townshend.

BMG CEO Hartwig Masuch said: “Mick Fleetwood is the bedrock of one of the greatest bands in rock, he has a unique talent to bring together musicians of all genres and of course he is one of rock’s greatest drummers. BMG is proud to represent his greatest work and excited about the forthcoming launch of Mick Fleetwood & Friends.”

Mick Fleetwood said: “This is a wonderfully inspiring marriage between two creative partners that understand all aspects of the business. Foremost, BMG understands the artistry and puts the artist first. If this partnership is any indication of my past, and now future, working relationship with BMG, it’s that they truly ‘get it’.”

The sale of Mick Fleetwood’s recorded interests was brokered by his manager, Carl Stubner, of Shelter Music Group.

Stubner said: “For over 50 years Mick’s works continue to be introduced to legions of new fans while BMG continues to ensure its artists are paid their fair share. In an industry, not always known to look after its iconic artists, BMG continues to maximize their income streams.”