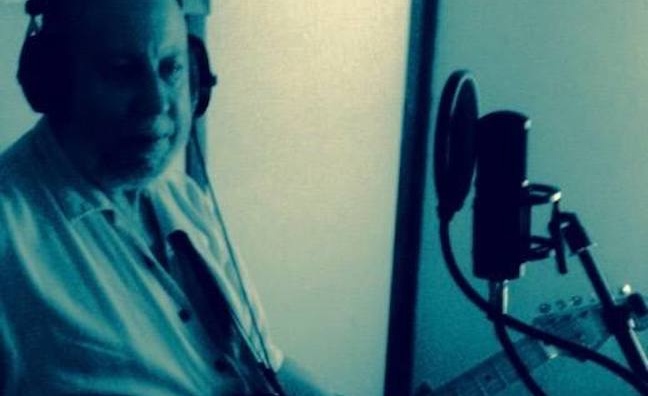 In a statement, legal representatives for Green’s family said: “It is with great sadness that the family of Peter Green announce his death this weekend, peacefully in his sleep. A further statement will be provided in the coming days."

The blues guitarist and vocalist from East London formed Fleetwood Mac with drummer Mick Fleetwood in 1967. Green was previously in John Mayall’s Bluesbreakers.

Although Green left Fleetwood Mac in 1970, he was the driving force behind their early albums. He wrote the instrumental track Albatross, the band’s only No.1 single, as well as other hits Black Magic Woman, Oh Well and Man Of The World.

Green left the band in 1970 after struggling with mental health issues. He later pursued a solo career.

While Fleetwood Mac went on to achieve huge success, the songs written and recorded with Green remain a cornerstone of the group’s catalogue.

Mick Fleetwood said: "For me, and every past and present member of Fleetwood Mac, losing Peter Green is monumental. Peter was the man who started the band Fleetwood Mac along with myself, John McVie, and Jeremy Spencer.

"No one has ever stepped into the ranks of Fleetwood Mac without a reverence for Peter Green and his talent, and to the fact that music should shine bright and always be delivered with uncompromising passion.

"Peter, I will miss you, but rest easy your music lives on. I thank you for asking me to be your drummer all those years ago. We did good, and trail-blazed one hell of a musical road for so many to enjoy. God speed to you, my dearest friend."

For me, and every past and present member of Fleetwood Mac, losing Peter Green is monumental

“The Warner Music family is incredibly saddened to hear the news of Peter Green’s passing,” said Kevin Gore, Warner Music Group’s president, global catalogue, recorded music. “The influential guitar virtuoso, gifted singer-songwriter, and co-founder of Fleetwood Mac made an indelible contribution to the evolution of rock music. Legions of artists have been inspired by his signature musicianship and such Green-penned, revolutionary classics as Albatross, Black Magic Woman, Oh Well, and The Green Manalishi (With The Two Prong Crown). His Rock & Roll Hall of Fame career included a fruitful time with Reprise Records that yielded both the landmark Fleetwood Mac album,Then Play On,and Green’s first solo album, the experimental masterpiece, The End Of The Game. We offer his family, band mates, and fans our deepest condolences in this difficult time. Rest in peace, Peter.”

The 50 Years – Don’t Stop (Rhino) collection peaked at No.5 and has spent 88 weeks on the chart since its release in November 2018. The best of, which is currenltly at No.15, has become a streaming perennial and has sales to date of 422,590 (including 243,348 from streams), according to the Official Charts Company.

The guitarist was among eight members of the band inducted into the Rock & Roll Hall Of Fame in 1998.

Danny Kirwan, a guitarist with the band in the Green era, died in 2018.

Tributes to Green have been posted on social media by fellow artists.

Most sadly have lost one of the most tasteful guitar players ever I have always been a huge admirer of the great Peter Green may he rest in peace.

God bless the ineffable Peter Green, one of the unsung heroes of musical integrity, innovation and spirit. When I heard he left Fleetwood Mac in 1970 to get a real life and donate his wealth to charity, he became something of a model for me.

RIP Peter Green. #GOAT . Man of the world, oh well, albatross, need your love so bad. Some of my favourites songs and performances of all time. Thank you for the music ????????

An Artist I Truly Loved & Admired…From The First Time I Heard Him…I Supported The Original Fleetwood Mac At Redcar Jazz Club When I Was In A Local Band…He Was A Breathtaking Singer, Guitarist & Composer…
I know Who I Will Be Listening To Today…RIP https://t.co/VvkGaY6ZMf

Peter Green - thank you for everything. pic.twitter.com/0dRpM4Luj9

Long before Rumours and all that, the original Fleetwood Mac were a fabulous band. That's because they had Peter Green writing, singing and, especially, playing that guitar. #RIPPeterGreen. https://t.co/VHgR3gC18g