'The ideal exec to pioneer new opportunities': Kevin Gore to head up global catalogue at WMG 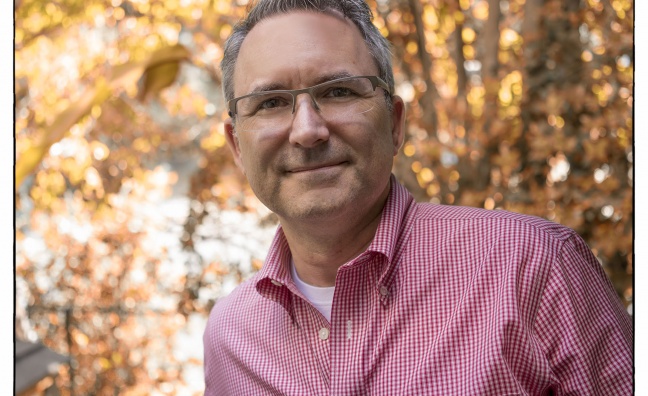 Tim Fraser-Harding, the London-based exec who previously held the global catalogue role, is leaving the company after seven years. He was originally promoted in 2014, just at the point Gore exited the major.

In an internal memo seen by Music Week, Warner Music Group CEO, recorded music, Max Lousada, said: “Kevin’s most recent successes tell you a lot about why he was chosen for this important role. Just two years ago, he launched Arts Music, building a dynamic new division from the ground up. He’s done it through organic A&R, inventive label partnerships, and the impressive acquisition of First Night Records.

"It’s that mix of ambitious entrepreneurialism and creative expertise that makes Kevin the ideal exec to pioneer new opportunities for our stars and legends. He understands how to curate and contextualise music so it cuts through the noise, no matter its genre or history. And, he already has strong relationships with many of our legendary artists and their teams, having previously led our catalogue business into the streaming age.”

He understands how to curate and contextualise music so it cuts through the noise, no matter its genre or history

He added: “Over the past five years, Tim has led our catalogue team with passion and integrity. He’s helped champion our 'always on' approach to marketing our artists and their legacies, and spearheaded many successful projects, including major reissues from Led Zeppelin, David Bowie, and Phil Collins.”

Gore's responsibilities at Arts Music will continue alongside his catalogue role.

Prior to re-joining Warner, Gore was president/COO of DMI Music & Media, a marketing and digital agency. He previously worked at Warner's Rhino for 12 years, including four years as president/CEO of Rhino Entertainment and global catalogue.

In the UK, Warner veteran Dan Chalmers is exiting for YouTube after heading up the Rhino catalogue division as part of his portfolio as president of East West, Rhino and ADA.