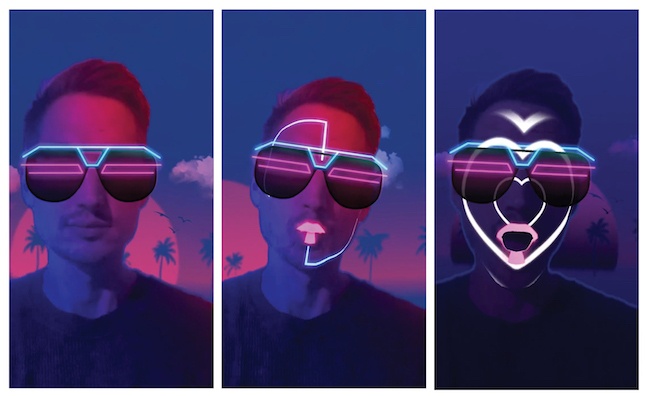 Facebook and Warner Music are collaborating on AR effect for the pre-launch of David Guetta and Sia’s new single, Let’s Love.

Available on Facebook and Instagram from September 9, the augmented reality effect allows fans to get a 20-second preview of the new track by deconstructing the song in order for it to put back together, creating a music experience that makes the user the ‘producer’. With the effect released ahead of the single, fans must work to unlock the final version before the track drops on September 11.

Created by Facebook's Creative Shop, in partnership with production company Unit 9, the experience was developed with Spark AR, Facebook's AR platform. The effect will be available to users internationally, and will consist of four musical ‘stem groups’ which act as triggers. The first one will play as a default when the effect opens, while the other three will be triggered through facial gestures.

Users must trigger the sound layers at the right time to play the song in its intended form. Fans are encouraged to share their tracks with Guetta on socials, ahead of the big reveal, using #Musicchallenge, for him to repost the best versions.

Caitlin Ryan, global head of Creative Shop at Facebook, said: “At Facebook, we’ve been focused on bringing music into all of the places people are sharing and connecting on our platforms. Every month, hundreds of millions of people interact with AR across Facebook and it is becoming a popular medium for connecting with friends and communities, building shared experiences and expressing oneself.

“With our free, open platform, Spark AR, anyone can create and publish AR effects on Facebook and Instagram. The platform is releasing new features to push users to experiment with it, which will open up a new type of experience in AR for users. We hope that pioneering in this field with world-famous artists, like David Guetta and Sia, provides inspiration for further experimentation and new experiences on the platform.”

The new launch aims to demonstrate how people can express themselves creatively using music and AR, providing a blueprint of a preview format for single launches in the music industry.

Recent AR collaborations at Facebook include Taylor Swift’s teaser to release Me!, Mark Ronson and King Princess’ AR music video for Pieces Of Us, Haim’s AR vinyl cover and Liam Payne’s latest AR effect for his single Stack it Up.

The new single was produced and recorded during isolation. Earlier this year, David Guetta raised over $1.5 million for Covid-19 relief with his United At Home charity livestream events on Facebook, which had over 50 million combined viewers.