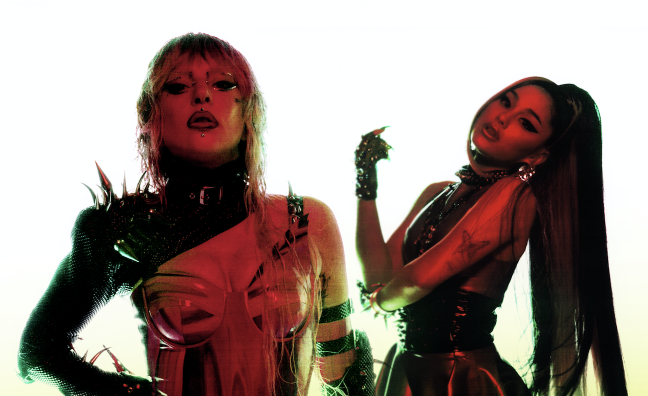 Lady Gaga is in contention for a second week at No.1.

Her sixth studio album Chromatica (Polydor/Interscope) is the fastest-selling record of the year so far. It opened with 52,907 sales (including 14,893 from streams), according to the Official Charts Company.

In the latest issue of Music Week, we go inside the Chromatica campaign and get reaction from retail.

Here, Nigel Harding, VP of Global Artist Marketing at Deezer, opens up about Lady Gaga’s big opening on the streaming platform and its long-term potential…

How has the Chromatica album performed on Deezer?

“Lady Gaga’s album resulted in one of the biggest weeks of streams of 2020 so far on Deezer. Other top streams of the year include The Weeknd, Dua Lipa and Eminem. But Chromatica was our No.1 streamed album last week, both in the UK and around the world. It was interesting to see that a huge proportion (around 50%) of people that listened to the album on its first day saved it to their own library. On average, the amount of streams per listener was double that of any other album in our Top 5. This really shows the power of Lady Gaga's audience and that the album is resonating with her fans.”

The album was released as Rain On Me featuring Ariana Grande hit No.1. How do you think the Chromatica campaign will maintain momentum on streaming?

“Lady Gaga certainly benefited from the ‘Ariana Effect’. By collaborating with one of the most streamed artists in the world today, she almost guaranteed a smash hit single into the album. But Gaga’s not dependent on features, as she proved once again with Stupid Love which, I think, is among her best work. The album is chock-full of potential singles and it doesn’t look like she’ll be running out of steam any time soon.”

Gaga’s first week sales have seen a revival. Did the A Star Is Born soundtrack campaign help reach new audiences on streaming?

“The mature sound of the A Star Is Born campaign broadened Gaga’s appeal with older audiences, but the new album is likely to please her more established, younger fanbase.”

How has the campaign gone during the lockdown with fewer promotional opportunities and a delayed release?

“There was clearly some nervousness at Gaga’s record label when the world went into lockdown. However, the success of new albums by Dua Lipa and The Weeknd must have built confidence, because her album was only postponed for a short time. Lady Gaga’s ownership of the One World: Together At Home event also helped to promote the new album (whether or not that was the intention) and also boosted her profile at a time when many traditional ways to promote music were unavailable. Ultimately, hit singles are the best form of promotion and Gaga delivered two monsters in the build-up to album release.”

Deezer is nominated for 360 By Deezer in the Music Week Awards Music Consumer Innovation category.

To read the full story on the Gaga campaign, subscribers can click here.