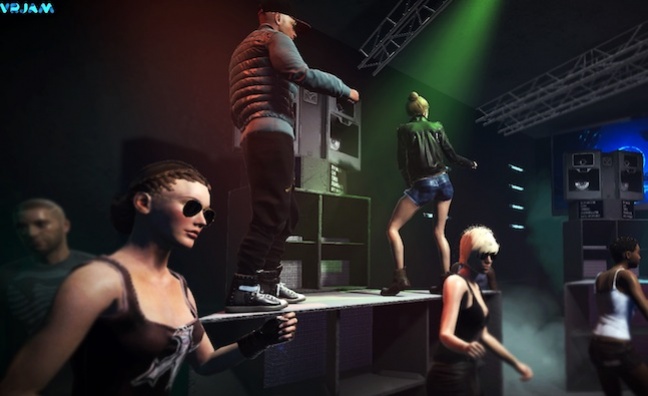 VRJAM, a multiverse platform for live entertainment, has revealed its latest investment figures and unveiled an advisory board made up of experienced figures from the music, tech and live entertainment industries.

The pre-sale of the proprietary VRJAM Coin has generated over $2 million in investment to date from 14 VCs and tech developers, including SkyVision Capital, Enjin, TPS (Three Arrows Capital), Eight Rings and Oracle Investment Group, among others.

“The capital raised is being poured into the robust build of the platform to ensure user-friendliness, stronger content, and enhanced partnerships,” said a statement.  The current market capital valuation of VRJAM Coin totals $50m, said the company.

The advisory board is made up of a team of gaming, film and entertainment industry veterans who jointly devise the operational strategy for the company in collaboration with VRJAM’s executive team. Board members include hip-hop pioneer Arabian Prince (founding member of NWA); electronic music industry veteran Jonas Tempel (Beatport co-founder); and Susan Paley (CEO of DropLabs & former EVP of Beats By Dre).

Web3 and its multiverse are coming together to form a brave new world for music, socialisation, gaming, and even commerce

The focus areas of the advisory board will include development of the product and platform, revenue and growth, innovation, partnerships and networking, as well as content and creators.

Sam Speaight, CEO and founder, said: “This is an exciting time for VRJAM. We’ve been working tirelessly behind the scenes, with the support of our advisory board, to create a truly revolutionary platform for artists and fans to enjoy together. We’re delighted to have valuable input from our advisors who are the best in their fields and we’re excited to reveal our platform to the world in  the very near future.”

Jonas Tempel, co-founder of Beatport, said: “I’ve always had a very optimistic view of technology and its ability to change cultures at scale. The VRJAM vision boldly pushes towards what a true ‘omniverse’ will look like and joins the band of new platforms pushing into Web3 thinking.”

Arabian Prince, NWA co-founder & tech entrepreneur, said: “Web3 and its multiverse are coming together to form a brave new world for music, socialisation, gaming, and even commerce. The VRJAM platform is weaving together what the future looks like for all of us."

Due to launch later this year, VRJAM offers the entertainment industry a new revenue stream and provides performance opportunities via immersive and interactive virtual reality platform.