SoundCloud's Michael Weissman talks the next phase of fan-powered royalties 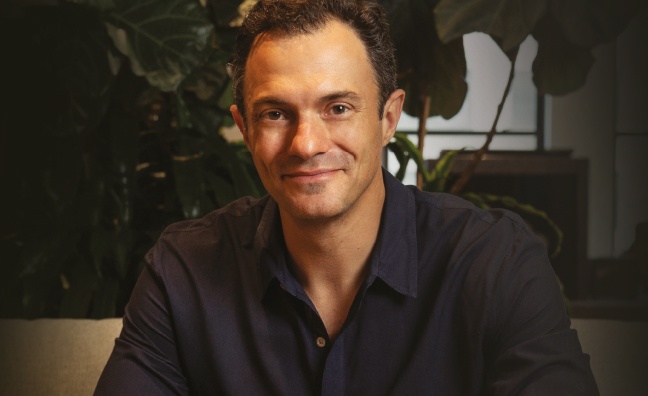 SoundCloud CEO Michael Weissman has hinted at what's next for the company's fan-powered royalties (FPR) model.

The digital platform triumphed in the Music Consumer Innovation category at this year's Music Week Awards in recognition of the user-centric initiative, which launched in 2021.

Under FPR, each fan’s subscription or advertising revenue is distributed among the artists they listen to, rather than being pooled under the traditional pro-rata model the music industry has been using for over a decade.

SoundCloud says the “transformative” approach has created a “more equitable and transparent” system for its 135,000 independent monetising artists, reporting that, on average, independent artists earn 60% more through FPR compared to the traditional pro-rata model and five times more month-by-month since launch.

“It’s clear that as an artist, building that dedicated fanbase – whether it’s 30 people, 100 people or 100,000 people – is the key to the whole thing," said Weissman, speaking in the new issue of Music Week.

"In a lot of other places, you could see 10 million people listening to your music a month, but it’s really about the 10,000 true fans that are there to listen specifically to you. And building those relationships is inherently key to becoming a musician. We’re just putting the economics in place for that to happen. Nothing necessarily needs to change, it just provides more clarity on how to find and build out your fanbase.”

FPR was previously limited within the independent and emerging artist ecosystem. But SoundCloud recently extended that with its global licensing deal with Warner Music Group. The new deal allows every artist across Warner Music’s roster to be paid based on fan listening behaviour on SoundCloud.

Independent artists make more money with FPR and that is because they have dedicated fans; it's less about passive listeners

Last year, SoundCloud announced Portishead’s 2021 cover of ABBA’s SOS garnered six times more royalties than it would have under pro-rata, with 3% of their most dedicated fans contributing 91% of that total.

“We’re going to be sharing more case studies, but overall, independent artists make more money with FPR and that is because they have dedicated fans; it’s less about passive listeners,” said Weissman.

Weissman described the conclusions of last year’s DCMS report – which called for a complete reset of music streaming – as "the right intention and the right focus area".

"There should be more discussions directly between streaming platforms, rights-holders and policymakers," he added. "I do think that we need to find ways to work together to experiment more on new models, features and tools for artists to make more money. That’s where the conversation needs to go.”

On a related note, Weissman elaborated on what's next for FPR.

“It is really about building two things: providing artists with the data and insights to speak and connect with their fans, and finding new revenue opportunities so that fans and artists can directly transact," he said. "It can be extended. What we’ve done so far is the earliest phase. There are multiple ways and examples in other media that provide a lot more revenue opportunity for the music industry at large.

“One of the biggest challenges in music right now is that there’s a cap on how much a fan can actually provide to an artist. So if I pay $10 or £100 a month [for a streaming subscription], that’s essentially the ceiling on how much I can put back into the music ecosystem. What happens is that fans’ revenues are capped, they go into a pooled ecosystem and are basically spread out to artists based on their market share of plays.

"What we’re ultimately trying to do is say, ‘I’m a fan and I want to support this artist directly... I’m willing to pay £1, £2, £5, £100 a month for that artist and I should be able to.’ Ultimately, we’re putting the pieces in place to get to that point where there’s variability in the amount of fan money going into the system.”

Now is the time to experiment

Moreover, Weissman suggested that music was ripe for a new consumption model.

“If you think about how music has evolved, CDs were around for about 20 years, the download market for 10 to 15 years and the streaming model is about a decade old since Spotify first got licensed," he said. "It’s always those 15 to 20 year increments, and what that means is that we’re at the point in which a new model needs to emerge.

"To do that, you have to experiment with the way in which revenue is built out and the ways in which artists and fans can then grab data and find insights together. And then, ultimately, it’s the way in which fans and artists interact and drive commerce.

The full interview with Weissman appears in the new issue of Music Week.