The MP3 is 25 today! The Biz celebrates impact of revolutionary file format 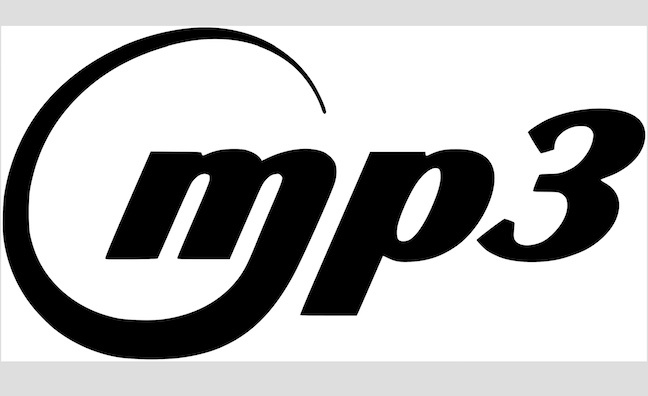 The MP3 celebrates its birthday today (July 14), marking 25 years since the file format was officially given its name following a vote among software developers.

Though in use since 1992 – sometimes with the .bit filename – the open source format  "ISO MPEG Audio Layer 3" was officially christened with its new name on this day in 1995 after "MP3" overwhelming won the poll.

Blamed by many for opening the door to mass piracy, the digital format also aided the development of music players like Apple's iPod and helped to herald the arrival of streaming.

Marking MP3's 25th birthday, The Ivors Academy polled several biz figures for their memories of the MP3 and its impact.

Kevin Brennan MP, member of the Digital, Culture, Media and Sport Select Committee and guitarist/songwriter for parliamentary rock band MP4: “Such was the power of the humble MP3 that we named the world’s first parliamentary rock band after it! It was a revolutionary link in a chain of disruption that transformed how we listen to, and distribute, music. Music and technology have been intertwined since Thomas Edison developed the phonograph. The music industry has a long track-record of accelerating and adapting to new technologies.

"From concept albums and sleeve artwork made possible by 12-inch LPs to shorter tracks and algorithm-based marketing we see through streaming – the technology through which music is distributed has always influenced its form. The pandemic has exposed how in this digital world songwriters and musicians rely on live music, and how failings in the streaming market for recorded music and gaps in the Government’s support for freelancers and sole-traders impact the livelihoods of music creators.

"Plenty of people still make money out of recorded music but we need a new deal for those who actually make that music.This is why I’m supporting the call by The Ivors Academy and Musicians’ Union on Government to hold a review of streaming with a view to achieving a transparent and fair system.”

Crispin Hunt, Chair of The Ivors Academy: “Before the MP3 the music industry thought it sold music. It didn’t, it sold plastic with music in it and MP3s changed all that. The music industry has evolved, but it still needs to re-think how music rewards its creators now it’s plastic free.

"As creators we’re given crumbs from streaming revenues and face coercive business practices that buy out our rights in return for ‘exposure’. Making a career for many music creators in this environment relies on live music. With no mass gatherings for the foreseeable future and creatives falling through the gaps in Government support we’re all concerned about the immediate future.

"Music will survive, the industry will adapt and we will rush to adopt new technologies. But this crisis provides a golden opportunity to re-write the rules, to challenge established business practices and thinking, and imagine a fairer and more equitable way of creating and distributing value from the music we create.”

Tom Gray, musician, member of the band Gomez, writer director of PRS: "I remember in the late-nineties my A&R man, opening a box and in hushed tones telling me the tiny device he held before me could hold - wait for it - 16 songs. He felt certain it would revolutionise the industry. He was right. Thanks to the MP3 player, music is the most mature digital market and should serve as warning to all other industries, regulators and governments.

"We are nearly completely captured by big tech and a few global corporations, setting tens of thousands of creators in a non-negotiable and detrimental bind. Competition law and digital strategy are not fit for purpose. The brilliantly conceived and convenient MP3 player was the alarm bell at the dawn of this cautionary tale."

Naomi Pohl, Deputy General Secretary of the Musicians’ Union: “I remember an ex-colleague, who dealt with recording, saying it was his sad lot to preside over the death of the record industry. At the time, CD sales were beginning to plummet and there was a lot of doom and gloom about piracy. Thankfully, the record industry is still going strong and announcing record profits.

"The predicted decline has not materialised and that’s due to the success of digital. What we must ensure for the future is that artists are fairly paid and the whole music eco-system supported. Otherwise we face a decline in artistry and diversity in music, which would be a disaster for both fans and the industry.”