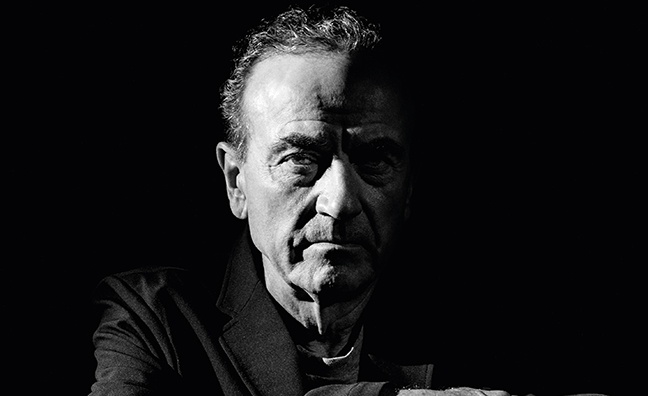 Golden Brown came about because Dave Greenfield [The Stranglers keyboard player] was forever noodling away on his keyboard.

Jean [Jean-Jacques Burnel, bassist] and I were the main songwriting team. We would be constructing a song and looking for another bit – very few people do it now but in those days, believe it or not, when people constructed a song, there were more than two bits! – and Dave would keep saying, ‘What about this?’ and play this thing in a completely different time signature. So we’d say, ‘Shut up Dave, that bloody thing’s not going to fit in this, forget it’.

Then, one day, we had a rehearsal session at Jet’s [Jet Black, Stranglers drummer] house. I walked in and Dave’s in there by himself playing this bit. And I’d never heard it like that, separated from everything else, before. I said, ‘Dave, that’s that thing you keep playing when we’re writing’. He goes, ‘Yeah, it’s good, innit?’ I went, ‘It is good and you know what, we’ve been looking at this wrong. This is a song of its own’.

So we started working and I wrote the lyrics really quickly. Jet walked in when we were going over it and he said, ‘That’s a fucking No.1! That’s a fucking smash hit!’. Then Jean walked in and said, ‘Pile of shit!’.

Did I think it was a massive hit? Sure, otherwise I wouldn’t have written it! And what appealed to me was that I like to think that my writing is quite subversive and this was the most subversive thing The Stranglers could ever do. Because it was unlike anything we were known for. It was shockingly different and that’s why I liked it.

We came to record it and Dave did his keyboards and I did the voice because they were the first things it was written for. Jet came in and did some very subtle bits of drumming, because he was a jazz drummer at heart. Then Jean came in and said, ‘I’ve got no idea what to fucking play on this’ so he left and Dave put a keyboard bass on it. He didn’t even play on it but it’s his biggest royalty earner!

The lyrics work on two levels as well. Because, why write a lyric that only works on one level, that’s so dull. Let’s make it a bit more interesting with a bit of subterfuge and subversion. At the time, I was having an affair with a girl who had beautiful skin. So it was about her skin and, at the same time, it was about a dangerous drug and it worked on both levels.

It was quite funny to hear it on Radio 2. We hoodwinked them! Then it got pulled off the playlist because of its lyrical content. In a perverse move, Jean told a journalist what it was about and it came out in the paper. I rang him up and said, ‘What on earth are you doing revealing this now? You realise we’re at fucking No.2?’ And he said, ‘Well, I thought it would be fun’. If he’d waited another few weeks, it would have been No.1. Do I mind missing out? I do really, because it would have been nice. But what can you do?

We were at sixes and sevens personally and we weren’t sure where we were going or what we were doing with our lives or the band. We were rudderless so the La Folie album, Golden Brown apart, on most of the songs everyone was playing their own song. And that’s why it’s a mess.

But Golden Brown served its purpose. It gave us a new lease of life.