AIM Awards to return as in-person live ceremony at Roundhouse 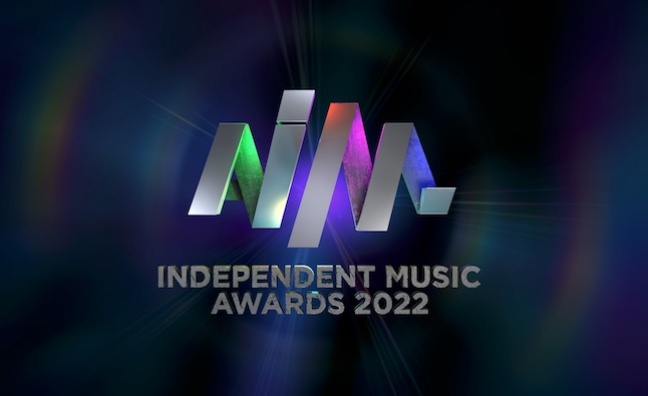 The AIM Independent Music Awards will return as a live, in-person event in 2022.

The ceremony is back on Wednesday, September 28 at London’s Roundhouse with an array of new and updated categories.

The independent sector has shown resilience throughout the pandemic and the awards continued as a virtual event.

Now in its 12th year, the AIM Awards once again looks to honour the leading players in an increasingly diverse independent sector.

With submissions now open, this year’s categories have been freshened up with new additions and updates to the various awards on offer. Now totalling 20 accolades, new categories include Music Entrepreneur Of The Year and Best Independent EP / Mixtape, which opens up the awards to celebrate innovations across the various ways artists are choosing to express themselves.

Further recognition of innovation within the independent music landscape is recognised in Best Small Label, which changes its name to Best Boutique Label, and Best Creative Packaging has now become Best Creative Campaign.

In another modification, Best Live [Streamed] Act is now Best Live Performer, recognising both online and in-person performances, alongside returning categories such as Best Independent Album and One To Watch.

Submissions are open to all, and free for AIM’s Rightsholder and Distributor members. One To Watch, Best Independent EP / Mixtape, Best Boutique Label, Diversity Champion, Indie Champion and Music Entrepreneur Of The Year are free for anyone to enter.

The deadline for submissions is 11:59pm on Tuesday, April 26, 2022. Submissions can be made via www.aimawards.co.uk

AIM CEO Paul Pacifico said: “While our community still faces numerous challenges, 2022 feels like the year to reflect on the ingenuity and strength shown by everyone to get to this point. I’m particularly excited for us to be able to come together and celebrate in person at such an iconic venue. As ever, the AIM Awards will celebrate the diversity, innovation and ingenuity of everyone in the world of independent music who continue to release the most cutting-edge music in the world, from the artists to the labels and the teams behind them.”

BBC Music Introducing will also be reprising their sponsorship of the Local Heroes award, which debuted in 2021 and highlighted those who have gone above and beyond to put their area on the map. BBC Radio 6 Music will return as the sponsor of Best [Difficult] Second Album.

Outstanding Contribution To Music in association with Merlin