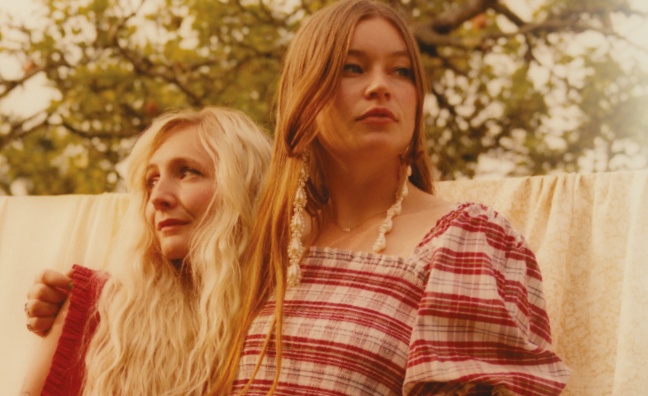 Wet Leg will soon have a gold-certified album: the duo’s self-titled debut is currently on 96,695 sales (Official Charts Company).

In the current issue of Music Week, we profile some of the breakthrough stars of 2022. As an alternative rock act, Wet Leg made an incredible impact with a No.1 album, and AIM Award and Mercury Prize nomination. Their debut finished 2022 at No.50 overall in the year-end albums rankings, as well as being the sixth biggest vinyl release of the year (25,235 sales).

TikTok hosted its first ever #AltMusic LIVE with Wet Leg - an exclusive livestream from their sold-out O2 Forum Kentish Town show. They have 536,000 TikTok followers.

The duo from the Isle of Wight have also made inroads in the US, where they have been nominated for the Grammys.

“Everyone understood Wet Leg from the word go. They’re unique and fun, but there are some interesting things going on lyrically on their debut album. They’re immediate and they don’t sound like anyone else, so that just made it a joy to work on. The advent of streaming means you can be penetrating multiple markets at the same time from the start.

“Martin [Hall], the manager, has done a really good job of keeping them travelling from market to market – they went to America four times this year – that’s definitely got a lot to do with it and the shows are selling out incredibly fast. At Domino, every single person has done the best version of their job, no dirty tricks or clever gaming of the rules, just good old-fashioned, ‘How do we get this band in front of the people that will like them?’

“Chaise Longue came out in the summer of ’21, then we did another three singles before the album came out in April 2022. What’s interesting about it is that initially – as you would expect from bands in this genre – BBC Radio 6 Music went for Chaise Longue in that summer, but Radio 1 didn’t until the album was coming, so it was almost like a re-release in terms of radio strategy. There’s the temptation to only think about Chaise Longue, but by that point Wet Dream was doing well too.

“Spotify are their biggest partner, but it’s pretty big across the board. We had the Radar partnership with Spotify, which helped. We also had Artist On The Rise with YouTube, and the band’s YouTube numbers have been pretty good. And then you have a couple of moments of great luck when Harry Styles gives you a nod and covers a track [Wet Dream for BBC Radio 1's Live Lounge], that then throws a spotlight on a song for a whole bunch of other people. He is just genuinely a fan of the band – I don’t think anyone is twisting Harry Styles’ arm – and he had them as tour support in Australia. Harry and his team do an amazing job of shining a spotlight on artists he loves. I’d love to pretend there were some back room machinations, but it happened completely organically. 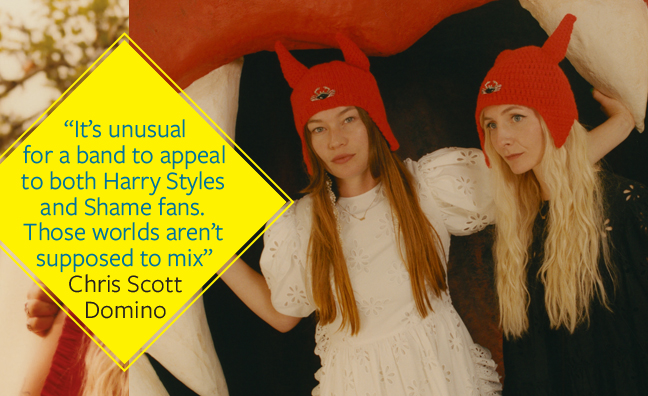 “At the moment, there’s a lot of industry conversation about multiple physical formats and we did a number of them for the album. We did a coloured vinyl edition, standard black and a pre-order and pre-sale mechanic – which has become part of the fabric of putting records out – but that was enough. There’s a danger with a new band to over-pressurise the marketing and you run the risk of making it all feel a bit gimmicky and try-hard. That’s not the spirit of this band and it’s not really the spirit of Domino either.

“For an alternative band or an indie band, Wet Leg’s TikTok [presence] has been an outsize version of their story. They’ve got a huge number of followers on there and millions upon millions of people using Chaise Longue and Wet Dream to soundtrack videos. One of the magic things about the band is they appeal to that younger audience and it makes sense: the way they look, the way they behave, what the record talks about lyrically connects with a TikTok audience as much as a more traditional radio audience. TikTok actually broadcast one of the London shows live in November, too.

“There is a real sense of fun about Wet Leg which is maybe not so present in a lot of the post-punk genre at the moment. They write from a really good, young millennial and Gen Z perspective – scratch the surface of the lyrics and you’ll find really approachable readings on what it’s like to be women in their mid-20s trying to make sense of the world. I think that’s something a lot of the other bands in their lane don’t have.

“The band deserve a lot of credit for being able to cross genres and generations. It’s unusual to get a band that appeals to Harry Styles and also to a Shame fan. Those two worlds are not supposed to mix. There are a few people out there showing that guitars aren’t dead and Wet Leg are certainly one of the major players. The world’s just quite genre agnostic now so I don’t feel like it’s about guitars being back as much as just proving they’re not gone.

“Wet Leg are taking it all in their stride, they’re remarkable. They started this for all the right reasons, to have a good time and to make music that they enjoy playing. The most exciting thing is that there is clearly more to come.”

Subscribers can click here to read our interview with Wet Leg.