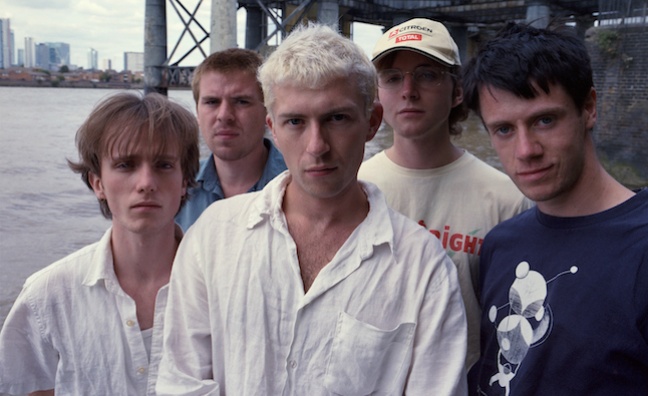 Secretly Group’s Chloé van Bergen has spoken about the “landmark” chart performance by Shame on their second album.

Drunk Tank Pink (Dead Oceans) debuted at No.8 with sales of 5,057, according to the Official Charts Company. The album ended up appearing during a January lockdown – including forcing the closure of HMV and indie retail – that hadn’t been part of the original release plan.

“We’re immensely proud of the band and the whole team behind this album campaign, who have worked against the clock and pulled out all the stops to deliver this landmark goal,” said van Bergen. “We knew we had some big hurdles to overcome in order to breach the Top 10 but the entire team had their eyes set on the prize and didn’t relent for a second.

“After a long year of turmoil and uncertainty for such a hugely creative and energetic band, we’re glad that they can revel in this special and very deserved moment of success.”

Drunk Tank Pink is the follow-up to South London indie-punk band’s acclaimed debut LP Songs Of Praise, which peaked at No.32 on release three years ago. It has sales to date of 21,370.

Shame’s first week sales for Drunk Tank Pink were dominated by physical. Streams accounted for 10.2% of the total sale, a healthy proportion for a guitar band.

“Shame inhabit a musical genre that often struggles to achieve what we would normally categorise as a streaming success story,” said van Bergen. “However, we have a team that has worked around the clock to secure DSP opportunities for them far and wide. As a result we’ve had phenomenal responses from the main editorial teams and the current singles have seen really solid support in playlisting terms and consumption numbers – we’re delighted and encouraged by the results.

“When it comes to radio support, 6 Music have been tireless champions of this band – we’ve been fortunate enough to sit on heavy rotation at the station, whilst also starting to see the Radio 1 team open their doors to their latest offerings.”

Secretly Group also have European plans for Shame, notwithstanding the challenges of Brexit.

“We have strong chart and commercial ambitions across multiple European territories, particularly in Germany and France,” said van Bergen. “These are territories where their debut translated into significant sales volumes too. Despite being unable to tour in those markets and meet the gatekeepers face to face, our local promo teams did incredible work in programming a hefty schedule of remote interviews, for which the band carved out endless hours of their time.

“In some ways, the flexibility of being able to set these interviews up at the leisure of the journalists and publications’ time, freed from the constraint of the usual 24-48hr window in a particular city, has actually benefited the campaign largely. Our main hope is that in a post-pandemic future and once borders re-open, the logistical challenges posed by Brexit won’t hinder domestic bands’ prospects at widening their audiences beyond the UK.”

Van Bergen acknowledged the impact on the campaign from the loss of touring opportunities. But there are hopes that Shame, along with other Secretly Group acts, will be able to tour their latest album by the end of 2021.

“The standstill in the live sector over the past year has been hugely difficult for every artist and band we represent,” she said. “It’s no secret that a band with such a visceral live expression as Shame would feel stunted by their inability to storm onto a live stage for such an extended period of time.

“In pre-Covid days our ambition for this cycle was a Brixton Academy – but we’re not rushing into any grandiose tour announcements whilst the future remains uncertain. In the meantime, we’ve organised a regional string of socially distanced shows, which sold out in a matter of hours and we hope that we can soon put a headline tour in the books for the tail end of the year. We really want to see these bands thrive in their natural element when it is safe again to do so.”