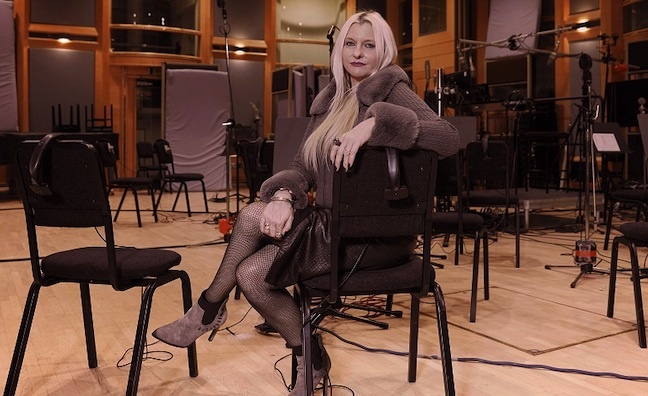 AIR Studios has appointed Nikki Affleck to the post of head of mastering for Alchemy Mastering.

Nikki Affleck was formerly head of A&R administration and recording at Island Records. Her experience encompasses studio management for facilities such as Townhouse, Sphere and Nomis, and A&R roles at labels such as RCA, Universal and Polydor.

In her new position, Affleck will be responsible for the day-to-day running of Alchemy Mastering at AIR and promoting AIR Studios’ new mastering facilities that are currently under construction at its Lyndhurst premises in North London.

Senior mastering engineer Barry Grint, one of the original founders of Alchemy Mastering, said: “Nikki is perfect for this role because she combines a thorough understanding of the recording and mastering business with extensive music industry contacts. We are very lucky to have her on the team, particularly at this crucial time in our development.”

AIR Studios was founded in 1970 by legendary Beatles producer and Oscar-nominated composer Sir George Martin. It opened the mastering facility in 2006 with award-winning engineer Ray Staff at the helm.

Among the artists whose projects have been mastered at AIR Studios are David Bowie, Led Zeppelin, George Michael, Nile Rodgers, John Coltrane and Echo & The Bunnymen.

Alchemy Mastering at AIR was launched in 2020, following AIR Studios’ acquisition of Alchemy Mastering, the high-end business set up by Barry Grint and Phil Kinrade in 1998. Alchemy Mastering has tackled projects for artists such as Girl In Red, A$AP Rocky, Koffee, Tom Walker, Headie One, Orla Gartland and London Grammar.

Nikki Affleck said: “Having started my career in studios, I am very much looking forward to moving back into this area of the business at the legendary AIR Studios. It is exciting to be starting a new chapter and to have the opportunity of working with the amalgamated Alchemy Mastering at AIR, and the very talented engineers – established and new – that it has to offer.”

AIR Studios director Kamila Serkebaeva added: “It’s only been a year since Alchemy Mastering became part of AIR, and the results that our mastering engineers have already delivered have exceeded our expectations. We are working against a long-term goal to maximise market share and unrivalled service quality. Appointing Nikki as the Head of the department was the natural next step in establishing AIR as a leader in audio mastering.”

Alchemy Mastering at AIR is currently operating from two sites – AIR Studios in North London and Hammersmith, where Alchemy already had mastering facilities. From 2022, the entire operation will be housed at Lyndhurst, once building work on three new studios is completed.