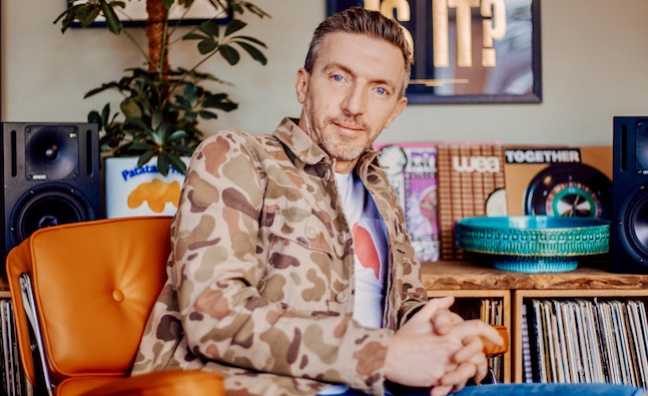 Anton Partridge has been associated with Warner for the past decade as head of the Warner Music UK dance music imprint One More Tune (OMT). He is also the founder of the ADA-distributed label Good Company (GDCO).

Partridge will continue to be based in London and report to Eric Wong, president & CMO, Warner Recorded Music.

In his new post, Partridge will spearhead Warner’s worldwide electronic music strategy, working closely with the A&R and marketing teams across the company to foster coordination and communication in signing, delivering and developing hit artists and recordings.

In the competitive streaming market, he will be responsible for ensuring that Warner Music has a constant flow of electronic music offerings on a global scale. This will include identifying and integrating new trends and technological developments in dance music.

“Across the globe, electronic music is constantly evolving and morphing, reflecting and creating cultural movements,” said Eric Wong. “WMG has a long and rich history in dance music, from the early days of disco a half century ago to today’s electronic pioneers. Anton’s deep knowledge and experience in the field, combined with his years working within the Warner family, make him the perfect choice to drive our worldwide electronic music pipeline, cultivate cross-company collaboration, and evolve our dance music strategy from a global perspective.”

“I’m very much looking forward to making the most of this new role,” said Anton Partridge. “I’ve had a long history with both the label and the team, and it’s exciting to now be part of shaping the strategic approach to dance music moving forward. We want to supercharge the way that Warner Music approaches the genre on a global level, and there’s never been a better time than now.”

Partridge has worked across press, promotions and A&R for a number of different organisations. This included stints at MCA Records and Sony/ATV before joining Warner Music for the first time in 2010.

He has been the A&R behind hits such as the Grammy-nominated Piece of Your Heart by Meduza, which has racked up one billion streams. Good Company signed Fisher, whose Grammy-nominated single Losing It was certified gold in the UK. Good Company also holds the publishing rights to Navos’ smash hit Believe Me, and the work of mix engineer Kevin Grainger, who collaborated on the double-platinum No. 1 single Head & Heart by Joel Corry.

Warner recently rebranded its UK-based FFRR label. With the acquisition of Parlophone Label Group in 2013, the major added acts to its roster including David Guetta.