FFRR rebrands, aims to become 'No.1 home for electronic artists in the UK' 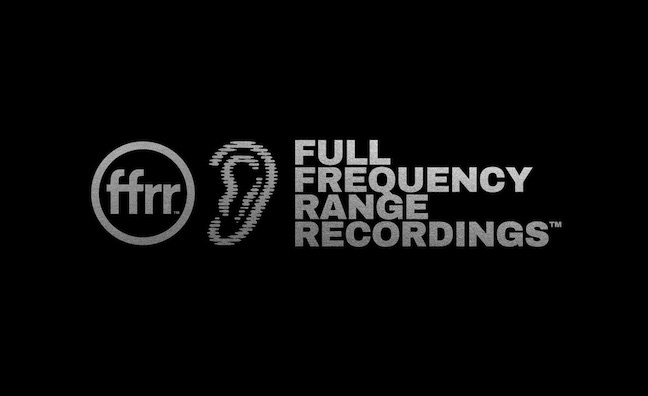 Iconic dance label FFRR – an imprint of Parlophone – has today (February 8) revealed details of its updated brand identity, including a refresh of its famous logo.

In 2019, Andy Daniell took over the label, joining from Defected Records where he signed CamelPhat and Elderbrook’s Grammy-nominated song Cola. Since Daniell’s FFRR has enjoyed success with Diplo & Sidepiece’s On My Mind (on sales of 142,554, according to Official Charts Company data), Alan Fitzpatrick vs Patrice Rushen’s Haven’t You Heard (69,558) and Obskür’s Bayside (20,845).

They have also welcomed artists such as Eats Everything, Sam Gellaitry and Sonny Fodera to the FFRR stable.

The unveiling of the new logo, created in partnership with celebrated graphic designer and legendary music, art and fashion designer Trevor Jackson, marks the latest step in the company’s next chapter.

As part of the refresh, the label has also reintroduced the tagline Music That Moves You - a phrase that was used on a run of record sleeves released in the early 90s, and which pays homage to the label’s history while moving it forward and acting as a brand ethos.

An official press release confirmed that, later this month, FFRR will also launch its new webstore –www.ffrrecords.com – which will list exclusive merchandise and vinyl releases.

The first artist releases under the new branding will be Storm Queen’s For A Fool, the fourth release by American producer, songwriter, remixer and DJ Morgan Geist under the Storm Queen moniker, followed by Burns’ Loving Touch EP on February 12.

Speaking about the rebrand, Daniell said: “There’s fresh energy and invigorated intent within FFRR and I wanted that to be reflected in the brand identity. I knew from the start that I wanted to work with Trevor on this and that he’d be as committed to getting this right as I was. We spent a lot of time delving into the label archives, going through old imagery and assets but, at the same time, while we wanted the legacy to guide us, we needed to make sure it didn’t constrain us. The updated logo’s power is in its simplicity; the design takes the classic FFRR aesthetic and modernizes it in a way that will have an impact in today’s modern, digital world. The black, white and grey colour palette is inspired by the core colours that have been with the label since the beginning and, while we’ve removed the famous FFRR ear from the logo, it’s still at the heart of the branding and its visual language. Trevor’s done a great job capturing the essence of FFRR in a fresh and respectful manner and we hope music fans will love it as much as we do.”

Trevor Jackson added: “I approached the rebranding of FFRR cautiously at first, fully aware of the label's legacy and significance of its existing logo. I was a big fan of the label, so it was equally as exciting as it was initially daunting to work on this project. I firmly believe a strong logo identity should succeed on its own merits, not via a specific association or unified nostalgia. FFRR moving forward isn't a heritage label, and although its back catalogue and history is highly important and should definitely be embraced, that shouldn't direct its identity in the future. The elements used directly relate to FFRR’s best known classic period and have been visually remixed, refined and reconstructed for today and tomorrow. It’s been very important for me to retain the spirit and energy of the existing brand whilst redeveloping it. There’s been a huge level of respect to what’s gone before in every stage of this process, and Andy’s passion and vision for the label have played a major role in every decision that’s been made.”

Also announced is the news that Evie Grain has joined the label as marketing manager. Grain joins from BMG where she was dance label manager, overseeing the brand and marketing strategies for Fatboy Slim, Salsoul Records, and Strictly Rhythm.

Mark Mitchell and Nick Burgess, co-presidents, Parlophone Records, concluded: “Dance music is as culturally vibrant today as ever and FFRR remains massively important to the future of the Parlophone label. We have huge ambitions for FFRR and want it to establish itself as the number one home for electronic artists in the UK, simultaneously delivering glorious hit records and culturally vital artists. We’ve found the rebrand of FFRR incredibly invigorating, and the sleek, but respectful, evolution of the identity that Andy, Trevor, and the rest of the team have worked on, encapsulates what we want to be – a future-thinking company that’s building on an illustrious past - and we’re excited to be starting this next chapter.”