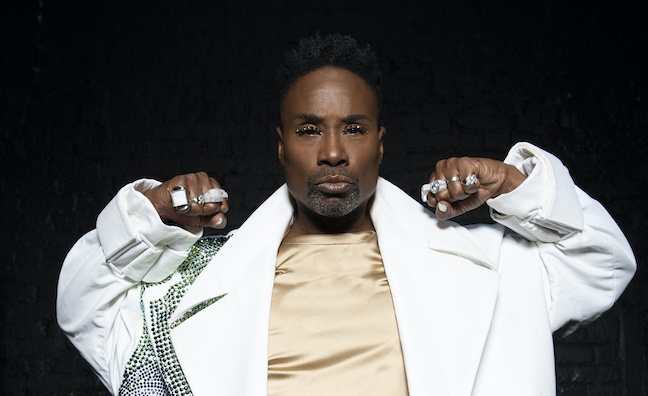 The Emmy and Tony-winning actor, singer, director, composer, playwright and author has confirmed the first single, Children, released on October 15.

Children is billed as a high-energy dancefloor anthem. The single was co-written with Grammy-nominated MNEK and Little Mix’s Jade Thirlwall.

Billy Porter said: “It’s a song that is inspired by my life and everything I’ve gone through to get here.”

Porter began his music career in 1997 with the release of his self-titled debut album and followed it with three more LPs over the next two decades. He had a US dance hit with Love Yourself in 2019, as well as collaborating with Jessie J and The Shapeshifters.

“Music is my first love,” said Porter. “I grew up singing in the church. When I first put out commercial music in 1997, the industry was not ready for all this Black Boy Joy! But luckily the world has caught up. I could not be more thrilled to entrust this next chapter of my music career to the Island/Republic team. Make way children! Daddy’s back.”

“Billy is a force of nature!” said Wendy Goldstein, president West Coast creative Republic Records. “His ability to seamlessly shapeshift between entertainment mediums at the highest level of success is just astounding. It’s an honour to welcome him to the Republic Records family in partnership with Island UK.”

“‘Icon’ is a word that is bandied around far too freely these days, but Billy Porter is without doubt the true definition of the word,” said Steve Pitron, SVP, Island Records UK. “Billy is someone who naturally radiates charm, charisma and integrity to all who enter into his orbit, and everyone who meets him always leaves feeling lifted by his inspirational energy.

“I couldn’t be happier that Island UK and Republic are teaming up for this journey with Billy. We are truly blessed to be working with an artist of Billy’s calibre – someone who knows what he wants, and who always stands up, and speaks out using his voice and platform to support others. I cannot wait for the world to hear the music he has been creating. There is only one Billy Porter. This is his time.”