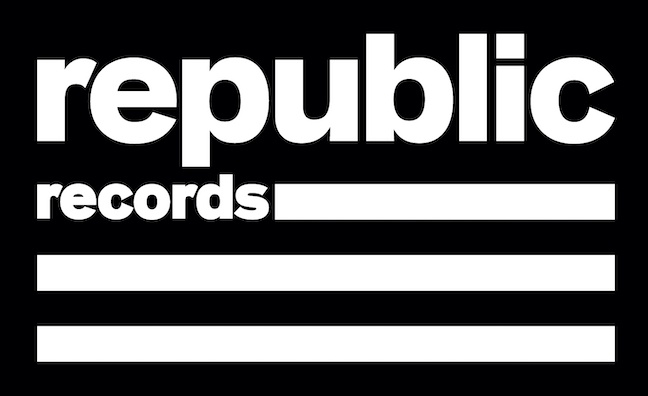 Republic Records is home to Taylor Swift, Ariana Grande, Drake, The Weeknd and Post Malone amongst others. In recent years, the US label’s artists have found success around the world, including in China, where Taylor Swift has broken records for international sales success.

The new Republic Records China label will focus on signing and developing the next generation of Chinese music and C-pop talent from Mainland China, with a view to reaching a global audience.

The label will be based in Beijing and led by Tony Wen, who has been appointed managing director, Republic Records China, and will report to Sunny Chang, chairman & CEO, UMGC. Wen has significant experience within the Chinese music and media industries as both a successful music producer and former Sony Music and EE-media executive. The first label signings to the new label are to be announced shortly.

Republic Records founder, chairman & CEO Monte Lipman said: “We’re thrilled to see the launch of Republic Records in China led by the brilliant leadership team of Tony and Sunny. This initiative recognises the extraordinary growth in the Chinese marketplace and the palpable influence which has made a tremendous impact on our industry worldwide.”

Adam Granite, EVP, market development, UMG, said: “I’d like to thank Monte, Avery and Republic Records for their support, as we welcome Republic Records China and Tony to the UMG label family. We are incredibly excited for Republic to become a new force synonymous with the best in Chinese music, just as the Republic brand is seen as a trusted mark of quality around the world.

“It is a unique time for music in China, with a diverse, rich talent pool of new artists and talent that have the potential to find huge success both domestically, across Asia and more than-ever before around the world. UMG has a long history and culture of supporting and developing the best global music talent, and the launch of new labels only helps to accelerate and strengthen the domestic Chinese music market and most importantly introduce new and exciting artists and music to fans in China and beyond.”

Sunny Chang, chairman & CEO, UMGC, said: “I am also very pleased to welcome aboard Tony Wen – a highly experienced, senior executive in the music industry, who has established his career in the local market and has now become part of the amazing UMGC management team. His insights and experiences will bring indispensable value for us, as we launch Republic here in China. We thank Monte and Avery for the trust in UMGC, to launch Republic as a cornerstone for our multi-label strategy, as we set to expand the horizons for Chinese music talent in the future.”

The launch comes as part of a significant expansion of UMG’s recorded music operations within China, with the establishment of a multi-label structure, to lead its focus on domestic A&R and local language artists within the region.

UMGC has confirmed the establishment of a multi-label structure, featuring new flagship labels, to intensify its focus on domestic A&R and local-language artists within the region.

This initiative recognises the extraordinary growth in the Chinese marketplace

As well as Republic Records China, the latest developments include the relaunch of Universal Music China (UMC) as a new label under the leadership of Garand Wu, MD, Universal Music China. It will represent domestic talent including the two biggest selling breakthrough artists of 2020, Li Nong Chen and Sunnee alongside Guo Ding, Tanya Chua and Tifa Chen.

EMI China’s relaunch will mark the beginning of a new era for the historic label, which has been an integral part of China’s musical legacy for more than a century. The label will be led by Mei Yeh, who will also continue to serve as managing director, Universal Music Taiwan.

EMI China’s new dedicated A&R and marketing team will be based in Beijing and report to Mei and will focus on developing new talent, alongside an existing artist roster that already includes the likes of aMei, Rainie Yang and Eve Ai.

Polygram Records China will relaunch under the leadership of Duncan Wong, who will also continue to serve as manager director, Universal Music Hong Kong. The label will relaunch with a dedicated A&R and marketing team based in Beijing, alongside additional resources in Hong Kong and will leverage the history and success in Cantopop that PolyGram achieved in the region throughout the past half century. The label will focus on developing emerging domestic singer/songwriters, with new acts joining a roster of artists that already includes Alan Tam, Priscilla Chan, Lowell Lo, Kelly Chen, AGA, Gin Lee, Jace Chan and Niu Niu.

Sunny Chang said, “We are proud to announce that after 15 years of development in the local market, Universal Music is once again demonstrating its commitment to the Chinese creative community by becoming the first international major music company to launch multi-label operations here. Garand, Duncan and Mei are all veterans of Universal Music and highly respected leaders in the Chinese music market. Each of them can boast of more than 25 years of experience with an outstanding track record.

“I believe under the new structure of four distinct labels, the star team at UMGC will be able to better support local musicians in a way that is more professional and comprehensive. With an innovative and pioneering spirit, UMGC will develop rising stars from the Chinese market and promote Chinese pop music so that it can be heard an audience around the world.”