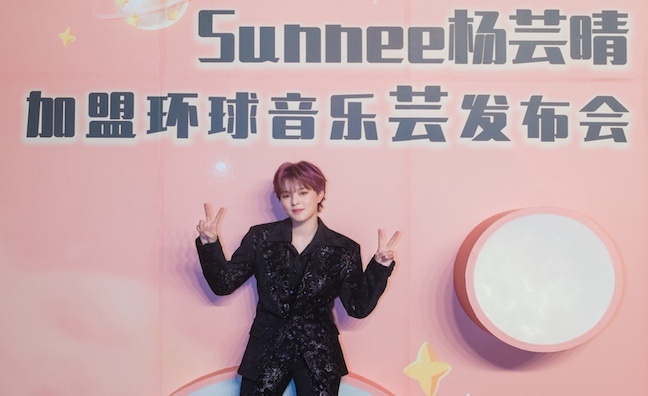 A former member of Rocket Girls 101 – who disbanded earlier this week on June 23 – Sunnee is the first artist from the popular Chinese girl group to sign with a major music company.

The announcement was made via a virtual live-streaming press conference from Shanghai.

During the event, Garand Wu, managing director, Universal Music China, revealed details of Sunnee’s forthcoming single By Your Side, which is out now across all major platforms.

An official press release confirmed that the single will be followed by a debut album later in 2020.

As part of the press conference, Sunnee previewed a special music video, made for fans, of new single By Your Side. The track was produced by 220 (Joseph Park).

In making the announcement, Sunny Chang, chairman and CEO of UMG Greater China, said: “UMG Greater China has always been dedicated to finding talented and influential artists locally, with a view to helping these new voices reach audiences globally. Sunnee is a one-of-a-kind artist, and a true representative for Generation Z. We are looking forward to working with our UMG partner labels around the world to introduce her music and talent on a global level.”

Garand Wu added: “Sunnee is a talented young artist with a uniquely personal style and huge international potential. As a Thai-Chinese musician, she’s inspired by both C-Pop and Southeast Asian pop music, adding rich expressiveness to her music. In the coming months, UMG China will continue to build on her popularity in China with a series of exciting releases that will continue to establish her as one of the most exciting pop artists today, whilst also introducing her music to new global markets and audiences through UMG’s worldwide network.”

Sunnee has more than 18 million followers on Weibo, achieving more than 14.7 billion views of her personal Weibo “super topic”. Sunnee is also a brand ambassador of MaxFactor, Calvin Klein, Dove and other international brands.

Speaking about the deal, Sunnee commented: “I’m very excited to join UMG and to take the first steps into my solo music career together. Working with UMG, what hit me the most, is the uncompromising pursuit of high-quality music. I feel so privileged that I’m able to collaborate with top producers and song writers here, and what I want to express through music is becoming clearer and clearer. My first single By Your Side is a reflection of my gratitude to the fans’ support over the years and I hope my debut album later this year will let more fans experience my artistic journey alongside me.”