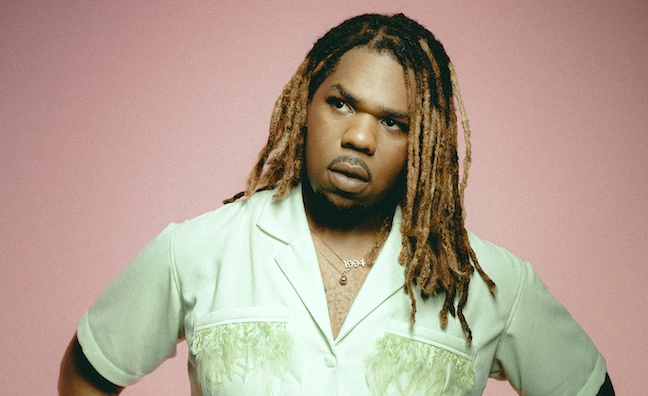 MNEK recently co-wrote and produced the song Finally (Cannot Hide it) from Amorphous feat. Kelly Rowland and CeCe Peniston. Another recent release was Let Them Know from Mabel, which they co-wrote with their close collaborators Raye and SG Lewis.

MNEK’s other current projects include writing and production work for artists such as Anne-Marie, Little Mix, Nathan Dawe, NCT Dream and Ne-Yo.

MNEK said: “I’m really happy to be continuing my time with Warner Chappell. They’ve been really good to me and my songs over the years and I cannot wait to enter this new chapter of my career with them.”

Shani Gonzales, managing director, Warner Chappell Music UK and head of international A&R, Warner Chappell Music, said:  “MNEK is a pop powerhouse. His off-the-scale creative talent is matched by his incredible work ethic. It’s no wonder he’s in such demand. I’m so pleased he’s sticking with us at Chappell and I can’t wait to work more closely with him on some of the awesome projects we’ve got in the pipeline.”

Paul Smith, VP, A&R and international songwriters, Warner Chappell Music, added: “MNEK is without doubt one of the most talented songwriters in the world and he has the global hits to back up that claim. I’m so pleased that he’s decided to continue his partnership with Warner Chappell; we are proud to represent him and his songs, and we’ve a lot of really exciting plans for him in the UK, the US and around the world. The sky really is the limit for him.”

MNEK is one of the most in-demand and prolific songwriters out of the UK, having worked with the likes of Anne-Marie, Beyoncé, BTS, Demi Lovato, Dua Lipa, HER, Joel Corry, Madonna, Rudimental, Selena Gomez, Stormzy and Zara Larsson.

He co-wrote and featured on 2020’s biggest selling UK single, Head & Heart by Joel Corry. The song spent six weeks at the top of the UK singles chart and has sales to date of 1,823,650. It has also enjoyed huge international success, landing in the Top 10 charts of countries including Australia, Belgium, Denmark, Germany, New Zealand and Sweden.

MNEK also co-wrote and executive produced on the Little Mix album Confetti. Among the songs from the album that he co-wrote was Sweet Melody, which topped the UK charts in January.

MNEK has also become a regular on UK TV in the last few months, appearing on Ru Paul’s Drag Race UK as a celebrity judge and featuring in the current series of Celebrity Gogglebox. He also presents his own online show on Apple Music’s Proud Radio.