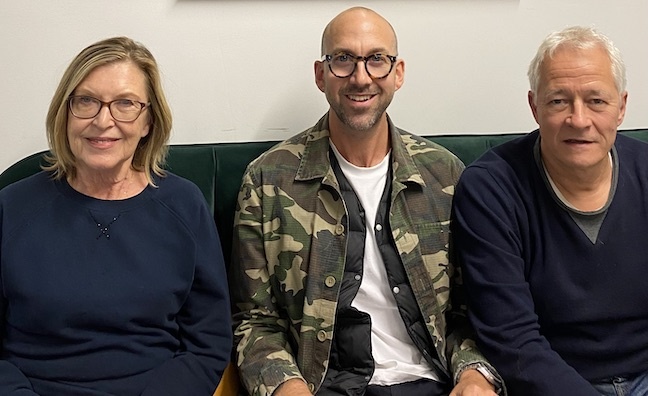 Meadows has joined the company from his previous position as head of marketing at BMG and will report jointly to chief operating officer Alison Wenham and CEO Jeremy Lascelles.

Meadows started his career at Warner Music Group, beginning as an intern at Rhino Records and then as marketing assistant at Warner Bros, before moving on to Brotherhood Media, the outdoor, guerilla, ambient marketing specialists. He then joined Universal Music Group and went on to become marketing manager at the UMC label, where he oversaw a varied roster of artists.

In 2017 he joined the BMG catalogue team as their sole marketing manager and has since built and developed the UK marketing and digital team into an award-winning operation. The achieved chart-topping success with Kylie Minogue, amongst others, and Meadows and his team received campaign accolades for their work with The Rolling Stones, Fatboy Slim, Mick Fleetwood, ELP and Trojan Records.

James Meadows said: “I’m over the moon with this new role and I feel privileged to be a part of the next chapter of Chrysalis Records, ensuring it rightly remains at the forefront of the modern music industry and one of the UK's most respected, creative, artist friendly labels. I’d like to say a huge thanks to Jeremy and Alison for their support and trust they've shown in me. I'm pleased to say there's a raft of exciting new signings and releases already lined up for 2023 to get stuck into with the team, so it's full steam ahead.”

Rachel Forde joined Blue Raincoat Music/Chrysalis Records following a four-year stint at Warner Music Group, where she worked initially at Rhino Records and latterly Parlophone Records. A graduate of BIMM Dublin she worked on catalogue projects for Kate Bush, David Bowie and Led Zeppelin before moving to a frontline role and joining the marketing team for campaigns including The Snuts No.1 debut album, the launch of Pink Pantheress’ first single and debut album, and Coldplay’s No.1 LPs Everyday Life and Music of the Spheres. She also oversaw the Elektra Records roster in the UK, whose artists include Chloe Moriondo, The Band Camino and MMATA among others.

During her time at Warner Music, Forde was also a chairperson of the Women of Warner group, which focused on bettering the development and work environment for women within the organisation and said,

“I’m incredibly excited and ready to step into this role and make it my own,” she said. “To be representing and working with such a special label, with artists like Emeli Sande, Laura Marling and Ben Harper as well as new artists like Elanor Moss, is an incredible honour.”

Aaron Skates is based in London and will report to Dermot James, SVP, Chrysalis catalogue. Skates spent three years at independent distributor State51, where he worked with multiple independent distribution clients and frontline artists in marketing, A&R and production roles. He now has a remit to coordinate marketing activities for the company’s catalogue release schedule, while driving engagement on key releases and providing new strategies to engage and expand the Chrysalis audience.

Jeremy Lascelles said: “In their different ways James, Rachel and Aaron all bring a new energy into Blue Raincoat, and the passion, commitment and dedication they bring to all the projects they work on is a joy to experience.”