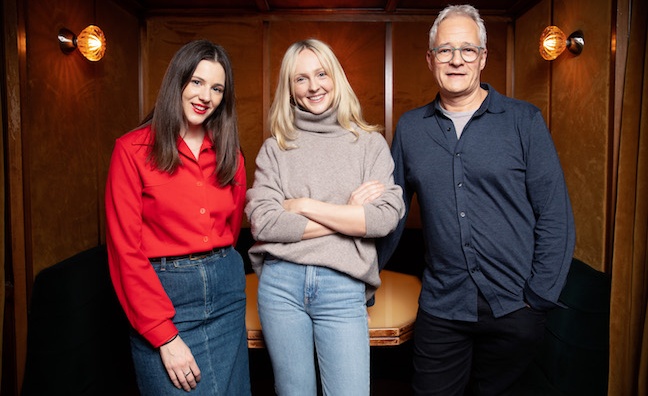 Laura Marling has spoken to Music Week about teaming with Partisan Records and the relaunched Chrysalis on her Mercury Prize-nominated album Song For Our Daughter.

Song For Our Daughter peaked at No.6 and has sold 20,392 copies to date according to Official Charts Company data. The record marked the first time Chrysalis, which was acquired by Blue Raincoat Music founders Jeremy Lascelles and Robin Millar in 2016, had released new music in over two decades.

Marling, whose first five LPs were put out via Virgin EMI, described the combination between the iconic Chrysalis label and Partisan as "most exciting".

“I was with Virgin for a long time, which was a very different world," she said. "Working with Partisan and Chrysalis on Song For Our Daughter was exactly what I hoped it would be in that there was a small, dedicated group of people working their hardest to serve the project.

"I’m not an obstinate person, but I’m not going to do many outlandish bits of promo and I’m not easy to market. I’m also a niche artist, but they were constantly coming up with creative ways that both met my comfort levels and their needs to see the fruits of their labour, so that was great.

“Jeremy and Robin are genuine music fans and like working with career artists. They understand the value of giving people time and making something that’s irrelevant to the zeitgeist.”

If you'd asked me who my ideal artist to relaunch Chrysalis would be, Laura Marling would have been in my top three choices

“I didn’t get to know her at all well in that period, in all honesty, but I recognised an extraordinary talent," he said. "If you’d asked me who my ideal artist to relaunch Chrysalis would be, Laura Marling would have been in my top three choices. When the opportunity came up, it was a wonderful moment for us and we are very pleased we managed to make the deal.”

Marling has high hopes for her future both as a solo artist and her Lump side project with Tunng's Mike Lindsay.

"I just want to keep making records that are good and not resting on my laurels - and there's a good critical ear in both Jeremy and Robin, because they have been doing it so long," she said. "There's that side of it, which is very beneficial at this point, but also for Lump, which is a totally new and different thing.

"The value of being in a record label like Chrysalis with Partisan is that there's the old world and the new world meeting and that creates its own ingenuity. I'm biased obviously because I'm part of Lump, but Lump deserves its place in the world. Again, it's a niche band, it's not destined for chart success. So it requires skill and clever foresight."

Singer/songwriter Liz Phair was unveiled as Chrysalis' first US signing in September.

Subscribers can read the full interview with Marling, Lascelles and Millar here.