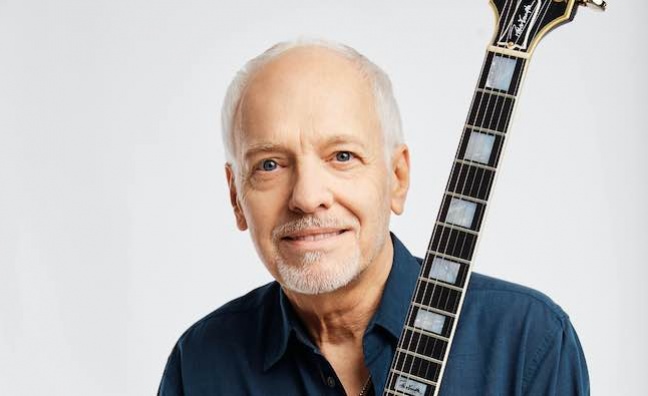 BMG has announced the acquisition of rights to the catalogues of both Peter Frampton and Chris Rea.

The Frampton deal includes publishing interests, songwriter and recording artist revenue streams, and neighbouring rights. It spans his entire musical career from his late 1960s work with The Herd, to 1970s supergroup Humble Pie, through to hit solo songs including Show Me The Way, Baby, I Love Your Way, Do You Feel Like We Do, I’m In You, and I Can’t Stand It No More, among many others.

His boyhood friend David Bowie, who he accompanied on the Glass Spider Tour, lauded Frampton’s guitar-playing, describing it as an “English approach to the blues, American music played in an English style”.

Peter Frampton said: “I am so pleased to join the BMG family. As an artist-first company, I trust BMG will care for my legacy and that my songs are in good hands.”

Thomas Scherer, BMG president, repertoire & marketing, Los Angeles and New York, said: “From his incredible early rise of success to Humble Pie, his countless collaborations to achieving global stardom as a solo artist, Peter Frampton is one of the most inspirational and tireless musicians of his time. We are proud a legendary artist of his calibre entrusts BMG as the custodians of his most treasured works. A revered musical catalogue of this magnitude, paid tribute to by countless artists, will continue to live on for generations.”

In a separate deal, BMG has acquired the music interests of Grammy- and BRIT-nominated rock and blues singer-songwriter Chris Rea.

The news comes as his evergreen Driving Home For Christmas is a hit once again, currently sitting in the Top 10 Spotify charts in the UK, Germany, Austria and Norway. The song, originally released as a B-side in 1986, has since become a seasonal perennial, charting on the Official UK Singles Chart every year since 2007. It is pushing for a Top 20 finish in this week’s chart.

The acquisition builds on Rea’s existing relationship with BMG, which released and published his 2017 album Road Songs For Lovers, his highest-charting album in nearly 20 years.

The deal includes his royalty interests in 17 studio albums including hit tracks such as Driving Home For Christmas, On The Beach, Road To Hell and Fool (If You think It’s Over).

Alistair Norbury, BMG president, repertoire & marketing UK, said: “Chris Rea’s integrity as a musician and his commitment to his art is legendary. BMG is proud to become custodian of his music interests. Chris’s work is one of the foundation stones of British blues rock and sits happily among BMG’s peerless blues catalogue including the work of John Lee Hooker, Peter Green and Gary Moore.”