Stefflon Don signs to BMG for debut album in 2023 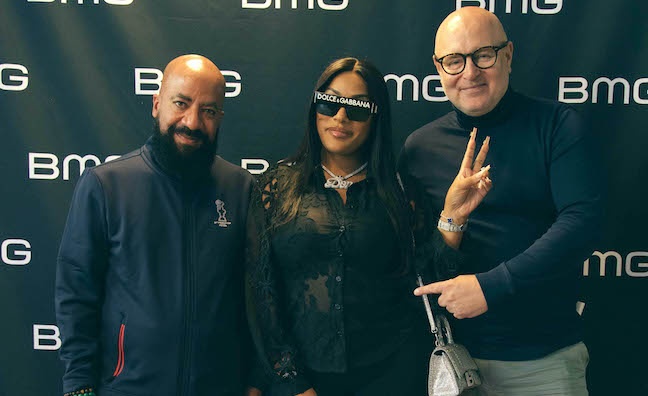 Stefflon Don has signed a new global recording partnership with BMG to release her debut studio album Island 54 in 2023.

Stefflon Don said: “I’m excited about partnering with BMG because they trust my creativity. They have an amazing support team across the globe, and I am super excited to expand my fan base alongside my new family BMG.”

Tim Reid, BMG’s SVP, repertoire & marketing, said: “Stefflon Don is a unique artist who has already accomplished so much on a global scale, collaborating with some of the biggest names in music while gaining equal acclaim on her solo projects. We are incredibly excited to partner with her on the next chapter of her musical career.”

Thomas Scherer, BMG’s president, repertoire & marketing, Los Angeles and New York, said: “Stefflon Don is an artist who knows exactly what she wants to achieve, and we are happy to be part of her journey towards this. Our partnership expands on a string of recent BMG signings with artists who desire more control of their music with our global team fully supporting them in exceeding their goals.”

Although signed out of BMG’s LA office, Stefflon Don’s home territory of the UK will be a key priority.

London-based VP, international Terry Felgate said: “Building on the breakthrough success we had with KSI in the UK – also signed out of BMG LA – we are very excited about working with Stefflon Don and supporting her in delivering her creative vision.”

Stefflon Don recently performed at the UEFA Women’s Euro Final show. She was the first British female rapper ever to be featured on Spotify's influential Rap Caviar playlist.

Other achievements include more than one billion streams to date, over 700 million YouTube views and over five million monthly listeners on Spotify.