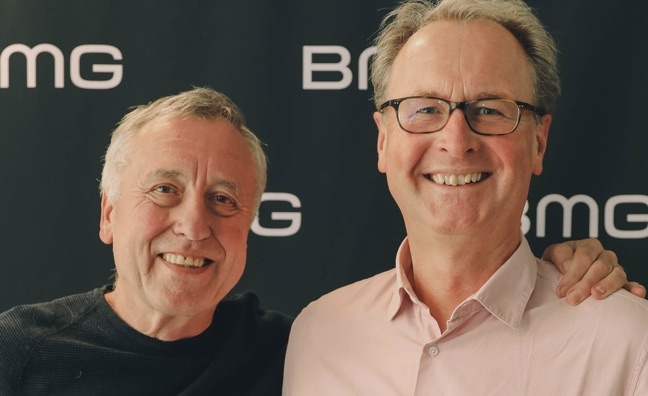 Peter Stack has announced he will step down as the global head of BMG's catalogue recordings business at the end of the year.

The exec has worked with the music of Black Sabbath, Buena Vista Social Club, The Kinks, Madness, Keith Richards, Kylie Minogue and more since joining the business in 2014, when BMG acquired the company he founded, Union Square Music.

He has been EVP global catalogue recordings at BMG since his appointment.

“When I sold Union Square to BMG at the end of 2014, I agreed to stay on for an initial three years to integrate the business. Little did I know that it would turn into an eight-year adventure creating a best-in-class global operation with a catalogue including many of the most influential and iconic artists of all time,” Stack said of his time at BMG which will finish at the end of 2022.

The label has expressed its thanks for Stack's work, with BMG CEO Hartwig Masuch praising his colleague (both pictured).

“Peter Stack is both a true professional and a real gentleman who has played a central role in the development of BMG’s successful catalogue operation. His place in BMG’s history is assured," he declared. "We wish him well.”

Stack added: “It has been a great pleasure to work alongside Hartwig and the outstanding team of colleagues at BMG. We have built a best in class recorded catalogue operation, and it has been an enormous privilege to represent such outstanding and talented artists and to work alongside so many skilled artist managers and representatives. As I move on to take up my next challenge, I look forward to watching BMG’s catalogue operation reach even greater heights in the future.”

In the summer BMG announced it had experienced the biggest orangic growth during its 14 year history.