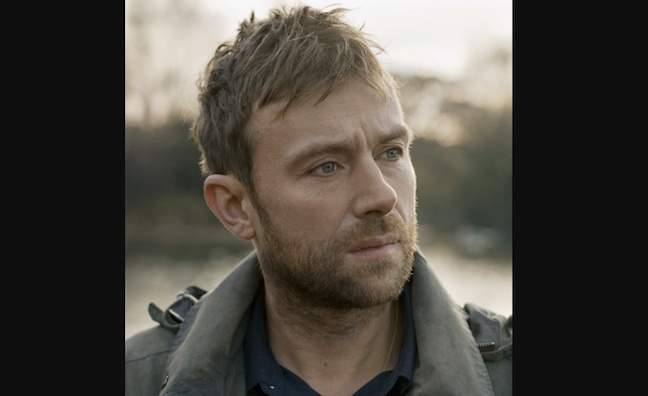 He has recently put the finishing touches to his second solo album, full details for which will be released soon. Transgressive has a partnership with indie giant PIAS.

Everyday Robots peaked at No.2 and has sales to date of 71,599, according to the Official Charts Company. Albarn supported the album with international touring, including a launch show at South London's Rivoli Ballroom and two nights at the Royal Albert Hall.

Transgressive's co-founder Toby L said: "We have had the great pleasure of collaborating with Damon over the years via the incredible Africa Express project, which has introduced many gifted artists to the Transgressive world. His voracious passion for music and exploration knows no bounds and repeatedly defies convention or categorisation, whilst always remaining utterly inviting and intoxicating throughout.

“Truly prolific, his latest solo work is amongst the finest of his career. We really couldn't be more honoured to welcome Damon and his phenomenal team at Eleven Management into the Transgressive family, with an ongoing focus to break new ground and subvert expectations in a way that only he can."

Truly prolific, his latest solo work is amongst the finest of his career

Transgressive is nominated in the A&R and Independent Record Company categories at the Music Week Awards, while Gorillaz are recognised in the Artist Marketing Campaign for Song Machine: Season One – Strange Timez. Gorillaz remain as part of the Parlophone roster.

Damon Albarn he is the recipient of six BRITs, two Ivor Novello Awards and a Grammy Award. Outside of Blur and Gorillaz, he has worked on multiple projects including Mali Music (2002), The Good, The Bad And The Queen and Africa Express.