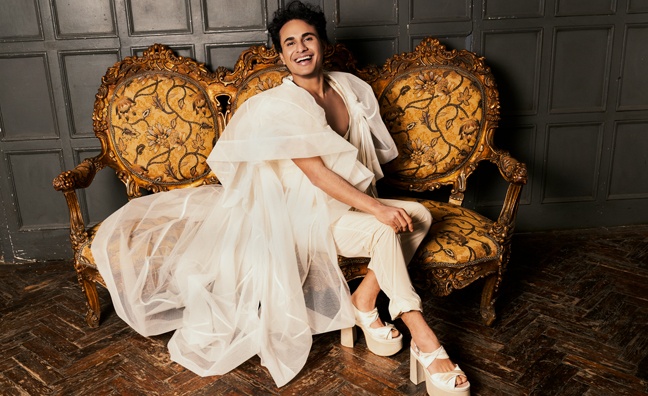 Sopranista (meaning male soprano), his first album on a major label, will be released on May 27. It will see Mariño – who studied singing at the National Conservatory in Caracas – perform arias “written for the celebrated male ‘castrato’ singers from the days of Mozart and Gluck, which have largely been sung by female voices in the centuries since castration was banned."

The album includes the famous Cherubino aria from Mozart's The Marriage Of Figaro, with deliberate gender-blurring themes, in which a female singer sings the role of a boy. Many of the pieces have never been recorded by a male soprano until now. On his debut Decca album, Mariño also gives works written in the 1780s by Joseph Bologne and Domenico Cimarosa their world recording premieres.

When Samuel sings, he transports you to another world. He is quite literally one-of-a-kind!

Speaking about his Decca debut, Mariño said: “Whether someone feels like a man, a woman, non-binary, I want people to make music. When I wear a dress and make-up on stage, I do it because I love fashion and it’s a statement. I get messages from transgender people who say thank you so much for being on stage like this. This encourages me to continue to make this art that I love so much.”

The star is set to make his London debut with a recital at St Martin-in-the-Fields on April 22. This spring, Marino will also mark his Japanese debut in a series of Gala Concerts for Cartier at Daigo-ji Temple in Kyoto with Xavier de Maistre on April 7, 9 and 11.

Speaking about his signing, Laura Monks and Tom Lewis, co-presidents of Decca Records, said: “As a teenager and despite the bullies and crushing pressure to conform, Samuel found the strength to stand out. As a result, he has travelled the world, charmed the musical world and become an extraordinary inspiring role model for acceptance and understanding. When Samuel sings, he transports you to another world. He is quite literally one-of-a-kind!”

Whether someone feels like a man, a woman, non-binary, I want people to make music

In December 2021, Universal Music UK announced the promotion of Tom Lewis and Laura Monks to co-Presidents of Decca Records Group, having previously led Decca for the past 19 months as co-MDs, a period when the label has broadened its creative output.

Decca has seen the breakthrough success of Jacob Collier, who made Grammy history by becoming the only artist in the show’s history to win an award for each of his first four albums. The label has also developed Norwegian singer-songwriter Aurora, whose hit single Runaway is still making waves across the globe.

Decca has continued to release music in the classical, jazz, soundtracks and adult contemporary genres, including Gregory Porter, Ludovico Einaudi, Sheku Kanneh-Mason and Andrea Bocelli, amongst others. The label was instrumental in Bocelli’s record-breaking Music For Hope concert from the Duomo in Milan during 2020’s global lockdown.

Most recently, Decca signed Ellie Dixon, who has been making waves with her self-recorded pop music, primarily on TikTok, where she has over one million followers.