Feeder and Sea Power sign up for Townsend Music's D2C+ 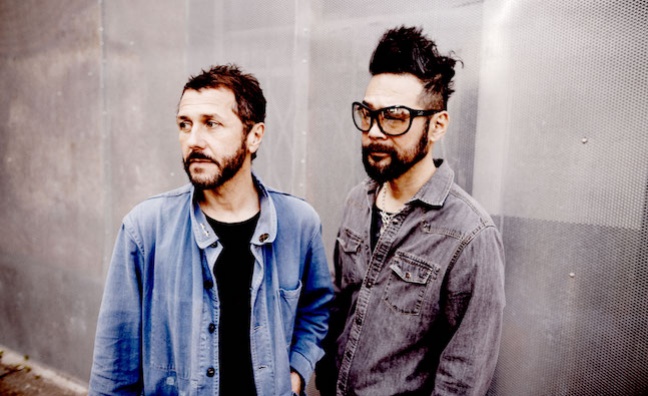 D2C specialist Townsend Music announced the expansion of its offering earlier this year. Under D2C+, the company assists select artists, labels and other rights-holders in bringing a range of products from conception to market including studio albums, live albums and merchandise, as well as publishing coffee table books.

Artists that have already had projects released via Townsend Music under the D2C+ banner include Kyle Falconer, Zuzu and The Byson Family. Absolute also provided label services across these releases.

Following lead single Two Fingers, Sea Power released new track Folly in October, with the album Everything Was Forever set for release on February 18, 2022. They have also announced a run of UK tour dates kicking off in April next year.

Feeder released their latest single, Wall Of Silence, in October with new album Torpedo set for release on March 18, 2022. Feeder have also announced live dates across April and May next year.

Sea Power manager David Taylor said: “This being Sea Power’s eighth studio album, we felt we wanted to be more in control of how it was released. Working with Absolute and Townsend Music has given us exactly that. It all feels very collaborative, creative and focused. With the combined skill sets of each company, we feel the album is setting up very nicely for 2022.”

Feeder’s manager Matt Page said: “After three consecutive UK Top 10 albums, it was important for the band and me that we carried on this momentum and pushed forward rather than rest on our successes. Teaming up with Absolute and Townsend has given us a direct route to our loyal fanbase plus additional clout to push into a wider audience.

“The new album, Torpedo, signals a band refreshed and progressing from the previous album Tallulah. Partnering with Absolute and Townsend Music has given the album and the band the attention and focus that is needed in an increasingly competitive marketplace.”?

On Feeder, Absolute senior label manager Kate Hendry said: “This album is some of the best work Feeder have ever done, and DSPs have been responding well to it, with over 30 playlist placements so far. The music captures a positivity that carried the band through lockdown, which is very relatable even now. With a really great product offering - including a picture disc and long D2C pre-order phase – healthy tour sales, particularly healthy rock specialist support and a great national radio plot now eeking into national day time with Radio 2, we feel the campaign is going extremely well.”

On Sea Power, Hendry said: “The campaign kicked off with a bang when the band decided they wanted to drop the ‘British’ from their name, which instantly trended on Twitter in the UK. The anti-climate change message behind the album was a strong way to frame it in the eyes of the media and, with many of the key outlets like Guardian, NME, Sunday Times and The Quietus being fans, media exposure so far has been great - with two 6 Music playlist spots to boot. Sea Power have a very loyal and engaged fanbase and the strong D2C pre-order is helping the campaign along nicely with a headline tour and in-stores to come.”

Townsend Music’s D2C+ manager, Paul Barton, said: “When I first heard these new albums from Feeder and Sea Power, I was totally blown away. The strength of the material shows two bands right at the top of their game creatively - not kicking back on their heels, but pushing forward and creating two of the best albums of their careers. The combined skills and services of Absolute and Townsend Music are the perfect launch pad for these albums. Absolute’s distribution and label services expertise is second to none and has brought a freshness to each band and the album release strategies. Coupled with Townsend Music’s best in class D2C offering and execution, it’s the perfect storm!”

Townsend Music’s sales director Bruce McKenzie said: “Signing Feeder and Sea Power to Townsend Music’s D2C+ service is another sign of how the company is growing and evolving in the way we work with our clients. Both albums are strong and very cohesive. Working with Absolute on the album campaigns has been seamless and easy. It’s been an exciting first year for D2C+, which includes us publishing our first book, So Young – Suede 1991 – 1993, something we hope to do more of in 2022.”