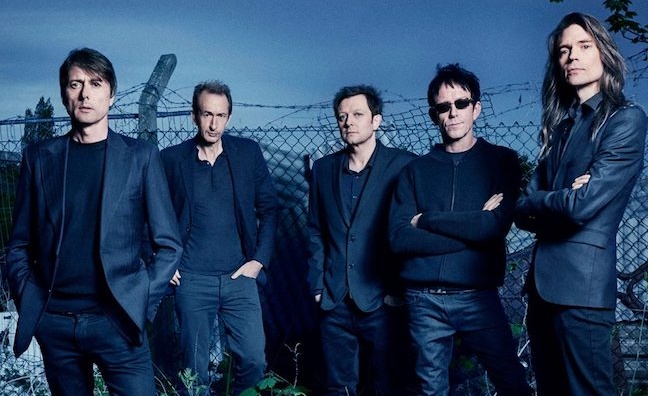 Suede have signed to BMG, Music Week can reveal.

The band are the latest signing to the company, which has recently announced deals with acts including Louis Tomlinson, Duran Duran and Carl Cox.

Suede’s songwriters Brett Anderson, Richard Oakes and Neil Codling already have a long-term publishing agreement with BMG. The company was also a co-producer on the acclaimed documentary The Insatiable Ones, which was screened by Sky Arts in 2018.

“It’s fantastic to have got that, we've wanted to bring them to BMG on the label side for a long time,” Norbury told Music Week. “I think the work we did with Ian Grenfell at Quietus on Simple Minds, Chrissie Hynde and The Pretenders, and Simply Red demonstrated that we would be a good home.

“I'm absolutely thrilled because we have the publishing relationship, and we co-produced The Insatiable Ones film with Sky. So to now have the recordings [agreement] is really exciting, we want to be the right home for these iconic acts. It's an absolute pleasure, frankly, and it feels very confident and positive.”

There is no release date confirmed for the new album yet. In a recent BBC interview, Anderson suggested that the record would be “nasty, brutish and short”.

Suede’s previous album, The Blue hour, was released by Rhino/Warner in 2018 and has sales of 27,396 (Official Charts Company). It peaked at No.5, their highest charting album in 19 years and an improvement on the previous three albums’ first week position.

Following next month’s 25th anniversary edition of Coming Up, Suede are touring the album in November including a date at Alexandra Palace. Nadine Shah has been confirmed as special guest on the tour.

Last month, Suede joined TikTok in the build-up to the anniversary. The short form video app has become increasingly important for catalogue campaigns.