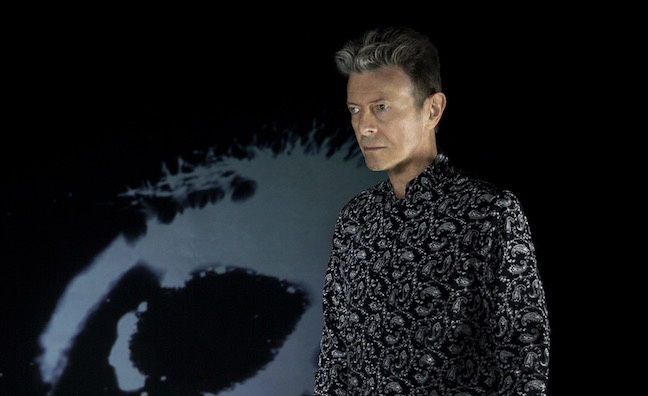 With the rapid growth of TikTok, there are increasing opportunities for heritage acts to reach multiple demographics on the platform.

Newly promoted to head of marketing at Parlophone, Anya Du Sauzay opens up about breaking acts on TikTok in the latest issue of Music Week. It follows a run of viral success for the label’s artists including S1mba, Masked Wolf, Ashnikko and Sam Ryder.

In this bonus online section of the interview, Du Sauzay also has plenty to say about the huge potential for catalogue on TikTok. And she highlighted the impact of one particular music icon on the platform: David Bowie.

“It is really impressive – there are a lot of learnings that can come from that Bowie campaign,” said Du Sauzay. “It is amazing as a legacy artist example of how to do TikTok.”

Music Week has reported on the audio streaming success of the David Bowie catalogue campaign from Parlophone and catalogue division Rhino in the five years since his tragic death. Earlier this year, Bowie joined TikTok, which means that classic songs from his across his career are available to both creators and users. Rhino worked with Fanbytes on the Bowie TikTok launch.

“Launching on TikTok was another important step in bringing Bowie’s music to a whole new audience and subsequently we are seeing stronger streaming growth than 2020, with global figures up over 25% year-on-year after the first six months," said Verity Harris, digital & marketing manager, Rhino UK.

“The beauty of a platform like TikTok is that it's as much about the content being created as it is about the artist,” said Anya Du Sauzay. “That’s how we gauge the success on TikTok, we talk about the number of people creating videos as the marker of success versus the views. A creation on TikTok shows that somebody has taken the time – even if it's a really easy selfie-style video – to actually pick that song, create a piece of content and post it.

“For an artist like David Bowie, what's so impressive is that when he launched on the platform, it was very much based around his iconic looks. Make-up was a big part of that, with Ziggy Stardust and all the looks. So people were able to bring Bowie back to life through different eras of his career, because of the incredible content that was being created, which is really amazing. A lot of these people creating this content wouldn't have been alive when he was having hits. But these iconic looks just transcend timeframes.”

“Platforms like TikTok are ageing up in a good way, they're not just Gen-Z platforms any more,” she said. “You can see that from some of the stats that have been released – the audiences are getting older – but also from the type of creators on the platform, and the type of artists that are now becoming really central to the functionality of the platform with their audience growth, their engagement and their content that's going viral. It's definitely appealing to a broader audience.

“I think if you were to really dig into the stats, for example, on how the streaming picture for a track like Fleetwood Mac’s Dreams would have changed, pre- and post-TikTok, you'll probably see a more even [demographic] split than you'd expect. It's just reaching a new audience as a whole.”

The Parlophone marketing head also stressed that each catalogue campaign needs to be bespoke for the artist across digital platforms.

“Each platform has its own importance for different artists,” she told Music Week. “Social media, digital marketing, and the use of Instagram lenses, all those new features are just as important for a heritage artist like Iron Maiden [as for a new artist] – the visuals of a band like that are a big part of what defines them. So it's as important to think about how you tailor your strategy for a heritage act, as you would for a new artist who is a Gen-Z TikTok native.”

With the viral success on TikTok of classic repertoire by David Bowie, Fleetwood Mac and others, Du Sauzay suggested the platform has become even more important for discovery.

“The beauty of some of these digital platforms now is that it's not necessarily about categorising them into heritage and legacy artists versus new artists,” she explained. “Because what social media, and particularly TikTok, has done is just create a space for discovery, new or old. Rasputin [by Boney M] was a hit way back when but it is now relevant again. It doesn't matter that it was a hit in the ‘70s. All that matters is that it's been made relevant now.

“As a platform for discovery, TikTok puts all artists on an even playing field. Your execution on those platforms will obviously differ artist to artist. But everybody can be in the game, whether you're a new artist or a legacy artist.”

Our interview with Bowie’s closest collaborator, Tony Visconti, is here.