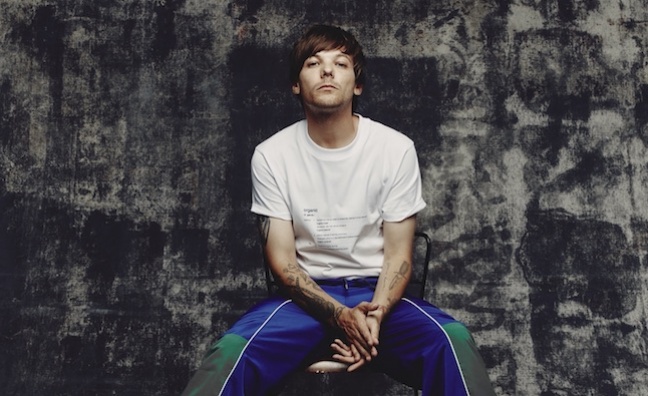 Louis Tomlinson has announced that he is partnering with BMG to release his second album globally.

Tomlinson joins a roster at BMG that includes KSI, Craig David, Richard Ashcroft, The Prodigy and Kylie Minogue. The former One Direction star was previously signed to Syco.

Louis Tomlinson said: "I’m very excited to start the next part of my journey with BMG.”

Jamie Nelson, VP A&R, at BMG UK, said: "We are delighted to welcome Louis to BMG. He is already busy working on new music, and we are excited to join him on the next phase of his extraordinary career."

Recording is already underway for his second solo album. Last year’s Walls (Syco) peaked at No.4 in the UK and has sales of 49,027.

Tomlinson has also announced the first wave of new 2022 dates for his postponed World Tour in the UK, Europe, USA and Australia, including a brand new date at London's SSE Arena Wembley (April 22). This show replaces two sold-out London shows at The Roundhouse, and tickets will be transferred to the new venue.

Tickets for the Wembley gig go on sale on Friday, May 14 at 9am.

After postponing his 2020 world tour due to the Covid-19 pandemic, Tomlinson is now set for his first solo tour, for which existing dates are sold out.

In December 2020, Tomlinson sold over 160,000 tickets for a livestream to fans in over 100 countries and raised funds for several important charities.

As a member of One Direction, he has has sold over 100 million records.