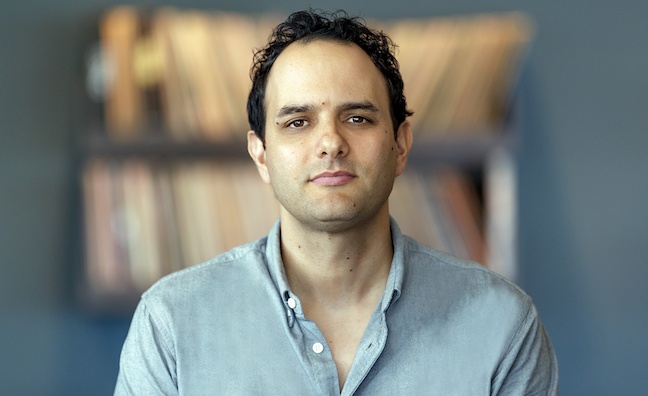 A year ago this week, a break-up ballad called Drivers License was about to make its mark on the UK chart for Olivia Rodrigo.

The rest is, of course, history: nine weeks at No.1 for Drivers License, and another five weeks at the summit for Good 4 U. Drivers License ended the year as the third biggest single (1,303,844 sales - Official Charts Company) behind second-place Good 4 U (1,394,252).

Olivia Rodrigo’s debut album, Sour, spent five weeks at No.1 and topped consumption of 10,000 for 14 consecutive weeks. As well as being a streaming smash, the album performed well as a vinyl release later in the campaign. It finished as the year’s fourth biggest seller on 395,323 copies and 2021’s No.1 streaming album (327,757 sales-equivalent streams).

Music Week named Olivia Rodrigo as our Artist Of The Year for 2021. See the latest issue for our interview with Rodrigo, co-writer Dan Nigro and the label executives who worked on the campaign at Polydor and Interscope.

In 2020, Rodrigo signed in the States with Interscope/Geffen, headed up by John Janick.

“I remember going to see a bunch of record labels and they were all wonderful,” Olivia Rodrigo told Music Week. “But Interscope was the only place where they said, ‘We really love your songwriting abilities, we think you’re a really great, classic songwriter.’ And that was special to me and the start of a great relationship.”

The UK team at Polydor worked closely with Interscope in the US on the campaign for Sour, which included a 2021 BRITs performance for Olivia Rodrigo, who was then a brand new artist. She is nominated twice at this year’s BRITs, alongside Grammys nods in all the main categories.

Your A&R team had been on to Olivia Rodrigo since All I Want from High School Musical: The Musical: The Series. How did the A&R process take shape from that moment?

“Olivia is an incredible songwriter. She also had the work ethic and creative vision to push to make them as good as they possibly could be. Remember, when she was recording Sour she was in the midst of filming a television show for Disney and finishing high school. We had planned on releasing an EP, but after the immediate success of Drivers License, Olivia elected to write and record more songs, enough for a full-length album, because she sees herself as an album artist. It was important to her to create a body of work.”

Can you describe that first meeting with Olivia Rodrigo, what did you see in her back then? Did you anticipate what would happen this year?

“It was very clear to all of us after meeting Olivia and hearing her speak about her passion for songwriting that she was a very special talent. She had a vision for herself, and she had the drive to take herself where she wanted to go. Although nobody could have predicted instant global success upon the first single, everyone involved in the project had a good feeling that people would respond to Olivia and that she would become a powerful voice in music.”

Is it fair to say that your work with Olivia Rodrigo this year broke new ground in terms of what’s possible for the right label and the artist to achieve?

“The label came together to ensure that Olivia’s music had the best shot possible. Our creative team worked closely with her on all the visuals, including the videos and Sour Prom, which drove a ton of engagement. On the A&R front, we worked to help hone in on the right producing partner who could complement Olivia’s vision and songwriting. From there, every part of the company worked hard to ensure the songs and album had the proper positioning at the DSPs, socials, press, radio...”

Looking back, what are your reflections on the week that Drivers License was released?

“The velocity of Drivers License really speaks to the universal nature of what Olivia was speaking about in the song. Love and loss, betrayal, loneliness. Everyone could relate to what she was saying. Her performance was amazing. It was a cultural moment, but it’s important to note that listeners connected with the entire body of work that is Sour. Drivers License was a potent song that was the entry point to an entire world.”

Finally, what has the campaign taught you?

“I think the most important thing is to be able to recognise when an artist has a truly singular gift and the drive to go along with it. Olivia is a force of nature and we saw how special she was as an artist and as a person immediately. It’s so important to give artists with that kind of potential the support they need to be as successful as they can be. Beyond that, it’s about assembling the right team. And we’ve built a great team at Interscope and Geffen that gave Olivia the backing and expertise she needed to become the kind of global success she is.”

Subscribers can click here to read the interview with Olivia Rodrigo, plus Dan Nigro and top execs from Interscope, Polydor and Sony Music Publishing.