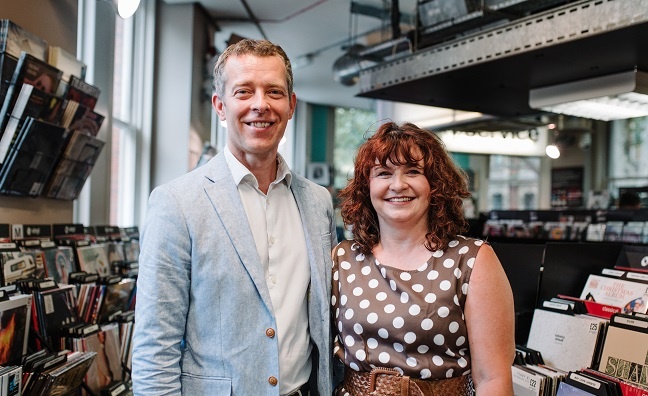 It’s the second year of National Album Day this weekend (October 12) and the industry will be hoping to see solid progress after the 2018 debut.

In the latest issue of Music Week, we look ahead to the plans for the 2019 edition organised by ERA and the BPI, with the support of AIM and BBC Music among others. Elbow, Lewis Capaldi, Mark Ronson and Mahalia are all artist ambassadors.

While National Album Day was always intended more as a cultural celebration of the long-player across all formats, there were still signs of a sales boost for physical music after the first edition. And that looks set to continue with Asda and Sainsbury’s getting involved in the promotional activity this time.

“It’s never easy to get into supermarkets so it wouldn’t be fair to say it’s a simple thing,” said Entertainment Retailers Association CEO Kim Bayley. “We don’t have Tesco and Morrisons, some are easier than others. You’ve got to have the product to back it up, obviously supermarkets need a certain amount of footfall, so they’re going to carry a certain number of titles but they won’t be able to carry down to the smallest independent artists. The fact they see opportunity in National Album Day is a huge plus.”

BPI chief executive Geoff Taylor added: “It’s a good step forward. The point of this campaign is that everybody can engage in their own way, so different organisations can plug in to tell the story of the importance of the album in a way that suits them. Any conversation like this takes a while to gain traction and embed itself into people’s consciousness.

“This is part of a wider effort from the BPI, AIM, ERA and the BBC to explore the depth of British music. The Mercury Prize is connected to National Album Day and the goal is to use both events to encourage a more reflective approach to music, go into it in more detail, connect more deeply and think about what it means. Hopefully the two events can do that.”

In the first year, National Album Day ended up trending on social media as fans shared favourite albums and sleeve art. The role of BBC Music was crucial in that national conversation.

“People love the album and people want to talk about it,” said BBC Music commissioning executive Rachel Davies. “It was a very easy sell for us to ask people to support it across the BBC. Everybody wanted to. There are so many ways to celebrate the album as a body of work, so we learned not to be prescriptive and let our DJs and music experts do what they want with it. Between TV documentaries, BBC Sounds, radio and social media, it all came together really well and everybody had their own angle and their own take on it.”

For the album-focused independent sector, it’s also an opportunity to celebrate a rich history of catalogue.

"As a community, AIM cares as much about art as we do commerce,” said CEO Paul Pacifico. “As much as we enjoy the thrill of singles, it remains a great pleasure to be able to sit and enjoy music as long form content, and celebrate the album’s expression of an artist’s identity."

To read the National Album Day interviews, pick up the latest issue – or subscribers can click here.