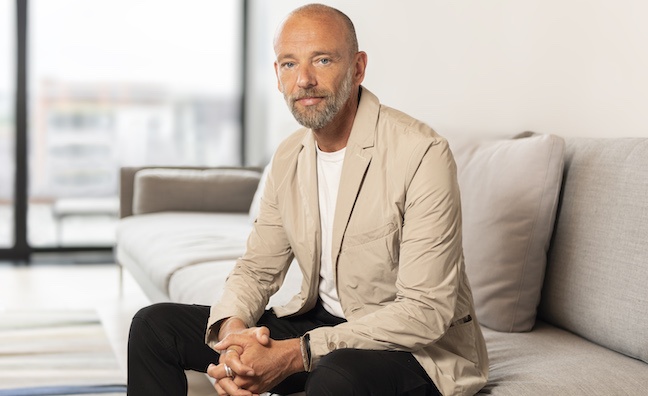 Based in London, Condie will lead on creative vision, working with producers, writers and directors in a bid to make Mercury Studios the "ultimate home for premium music-led storytelling".

Condie, whose previous documentary credits include People's History Of Pop, Can You Feel It and The Story Of Skinhead, will be joined by Frank MacDonald who has been appointed as Mercury Studios’ head of development, overseeing the development of non-fiction titles, after holding senior roles at Pulse Films, The Garden and most recently Raw Cut.

Alice Webb, CEO of Mercury Studios, said: “Steve is a truly exceptional creative leader – his ambition, vision and limitless energy for ingenious storytelling make him the perfect fit for Mercury Studios. Not only does Steve have an enviable track record in high profile, premium content, but his passion for music-first content is plain for all to see. He’s a true professional and we’re proud and delighted he’s joined team Mercury.”

Condie was recently responsible for the BAFTA-shortlisted Thatcher - A Very British Revolution with BBC Studios and is currently completing the follow-up series, exploring the New Labour government of Tony Blair.

"I am thrilled to be joining Mercury Studios and to be part of building a unique creative outfit that will make brilliant content with passion and purpose," said Condie. "This is a great opportunity to be at the heart of a company excelling in multiple genres, collaborating with the very best visual creators and musical artists. Mercury has an exciting and ambitious vision and shares my deep love of music and commitment to great storytelling. There has never been a better time to bring audiences the most compelling stories from the world of music and there has never been a better platform to do this than Mercury."

With offices in London and LA, Mercury Studios was established in late 2020 to "develop, produce and invest in innovative, music-based storytelling". Its current projects include the feature documentary If These Walls Could Sing, the untold story of Abbey Road Studios, directed by British photographer and filmmaker Mary McCartney.

The company’s library includes documentary titles Miles Davis: Birth of The Cool and Grammy Award nominee That Little Ol’ Band from Texas, the story of ZZ Top, while the catalogue also includes iconic performances and concert footage from artists such as The Rolling Stones, Ella Fitzgerald, Queen and Dr Dre.