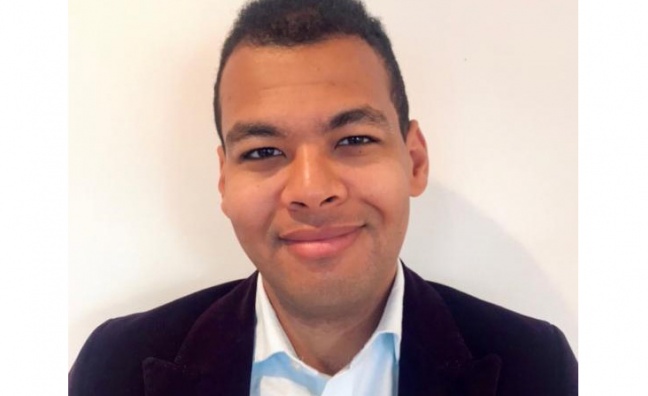 Music industry trade bodies have welcomed the appointment of Jamie Njoku-Goodwin as the new CEO of UK Music.

Music Week broke the story exclusively yesterday about the appointment of Njoku-Goodwin, who will be taking on big issues including the return of the live sector, the Covid-19 recovery and Brexit.

While previous CEO Michael Dugher was an ex-Labour MP, Njoku-Goodwin has close connections with the Conservative Party. He was most recently a special adviser to Health Secretary Matt Hancock and previously worked at the Department for Culture, Media & Sport.

“We congratulate Jamie on this welcome appointment and we wish him the very best in the new role,” Geoff Taylor, BPI and BRIT Awards CEO, told Music Week. “We know Jamie well from his background working at DCMS and the Department of Health, where he demonstrated a passion for music and the power that it has to transform lives and grow our economy. We are looking forward to working closely with Jamie to ensure the British music sector bounces back from the pandemic and goes on to even greater success.”

"I am delighted to hear about Jamie's appointment as CEO of UK Music and very much look forward to working with him," said AIM CEO Paul Pacifico. "The UK's music community faces an unprecedented array of challenges right now across multiple fronts and I am confident that Jamie will be able to help make our collective voice, and those of UK Music's SMEs, heard at the very centre of government. Jamie is ideally placed to help UK Music navigate the machinery of government and make sure the vital UK music sector can maximise opportunities, continue to grow and diversify and increase its status and influence on all sides of the political spectrum."

Njoku-Goodwin will work alongside UK Music chairman Tom Watson, a former Labour deputy leader, who was appointed earlier this year. Watson’s political clout was welcomed across the industry, though a minority of industry figures spoke out against the appointment because of the former MP’s political past.

Njoku-Goodwin has a much lower profile, though he’s well known in Whitehall and the media. Prior to joining the government, Njoku-Goodwin worked for controversial election strategist Sir Lynton Crosby and as a political advisor for the Conservatives.

An inspired appointment - can’t think of anyone better! ???? https://t.co/n83kPe4hlN

So grateful to @jnjokugoodwin for years of unbelievable hard work and sage advice. Now leaving for his dream job - he’ll be brilliant https://t.co/DgpLEnf3w6

Olga FitzRoy, MPG’s executive director – who also happens to be a former Labour election candidate – was equally effusive about the appointment of Njoku-Goodwin.

“We’re hugely excited to be working with Jamie, who has been a strong supporter of the sector since his time at DCMS and throughout the covid crisis,” she told Music Week.

Congratulations @jnjokugoodwin on your appointment. Look forward to working with you and @tom_watson A great team for @UK_Music https://t.co/ANGEPL26sQ

Njoku-Goodwin was appointed by the UK Music board after an extensive process that the trade body said attracted over 200 applicants.

There has been no sign of dissent from UK Music affiliates. Trade bodies and organisations including AIM, the FAC, Ivors Academy, PPL, PRS Foundation and PRS For Music have signalled their wholehearted approval of the appointment.

“We welcome the appointment,” said PRS CEO Andrea C Martin. “His extensive experience in government, including as special adviser in the DCMS, will be invaluable to UK in its championing of our sector, which is more important than ever in the current crisis.”

I am delighted to welcome @jnjokugoodwin to the role of CEO of @UK_Music and look forward to working with him to support the music sector. I would also like to thank @TomKiehl for all his hard work in steering the ship so well in these recent, challenging, months. https://t.co/1s0F6qWQoz

UK Music’s acting CEO Tom Kiehl congratulated the incoming chief exec. He will now return to his role as deputy CEO and director of public affairs.